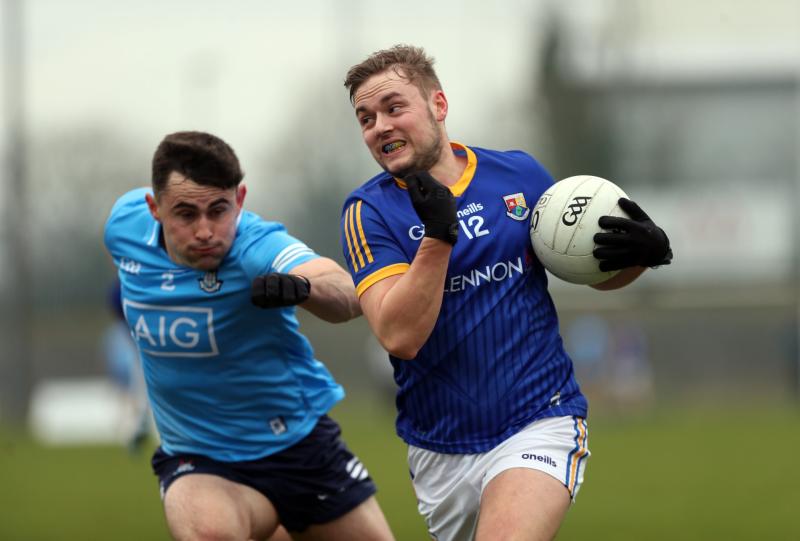 Fielding a mixture of experienced regulars and emerging newcomers, Dublin cruised to a comprehensive win over Longford to clinch their place in the O’Byrne Cup final.

Played in perfect conditions in front of a big attendance at Glennon Brothers Pearse Park on Saturday, Longford found the going very tough against their physically stronger opponents who led by 0-8 to 0-1 at the break.

The classy Ciaran Kilkenny, leading the charge for Dublin at centre-half-forward, fired over a couple of glorious long range points while the solitary score for the home county in the first half was a terrific strike from Darragh Doherty in the 9th minute.

Longford were fortunate not to be further behind at half-time with Paddy Collum producing a brace of fine point-blank saves to deny James Doran when goals were there for the taking.

The midlanders, to their credit, tried hard to put a more respectable look on the scoreboard in the second half with midfielder Darren Gallagher landing a couple of cracking points.

And Longford (whose most notable absentee was the unavailable Michael Quinn) almost grabbed a consolation goal in the 59th minute when a flick from substitute Ross McNerney was kept out of the net by the alert opposing keeper Michael Shiel.

Darragh Doherty and substitute Dylan Farrell (free) were also on target for Billy O'Loughlin's side on the changeover but Dublin kept going until the final whistle with substitute Lorcan O’Dell twice denied goals thanks to an excellent save by replacement Longford keeper Shane Fitzpatrick with O’Dell’s second attempt hitting the crossbar.

Longford must now focus their attention on the crucial opening round fixture in Division 3 of the National League away to Limerick on Saturday January 29 and the mentors will hopefully be in a position to field their strongest possible side.