St Mel’s College, Longford through to the Leinster SFC quarter-final 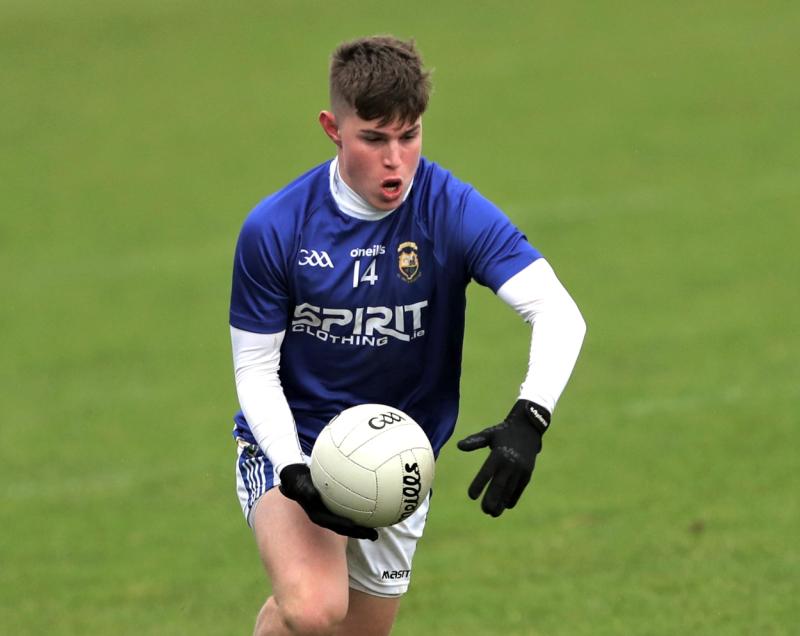 St Mel's College attacker Paddy Moran, who fired over five points (all from play) in the second half of the game against Athlone CC Photo: Syl Healy

While the wide margin of 13 points separated the sides in the finish, it took St Mel’s College a long time to assert their superiority over Athlone Community College in the Leinster Schools Senior ‘A’ Football Championship clash on Tuesday.

The knockout stage preliminary round fixture was played at the Athlone CC grounds and when substitute Jack Nevin scored a well-worked goal for the home team midway through the second half, the pressure was on St Mel’s who were holding a slender 1-10 to 1-9 lead.

The turning point came just before the second water break when the dangermen Paddy Moran and Matthew Carey combined to create a clear-cut goal opportunity for Andrew Flynn who made no mistake in finishing the ball to the net in the 49th minute.

Wind assisted St Mel’s completely dominated the remainder of the match in adding another 10 points to their impressive total and Athlone CC suffered another blow when they were reduced to 14 players following a black card for Jason Mulvey in the 53rd minute.

Leading by 2-12 to 1-9 at the time, St Mel’s were rampant from there until the final whistle in making the most of their numerical advantage to run out very easy winners in the finish and now meet Clane Community School in the Leinster quarter-final in mid-January.

The St Mel’s management team of Ciaran Garvey and Damien Rooney watched their charges struggle against the wind in the first half but the Longford college were only a point behind at the break (0-8 to 1-4).

Conor Clancy capitalised on a mistake to score the crucial goal which was created by Andrew Flynn in the 18th minute.

St Mel’s produced a much improved performance in the second half with razor sharp attackers Matthew Carey and Paddy Moran causing havoc in clocking up a total of 13 points between them on the changeover.