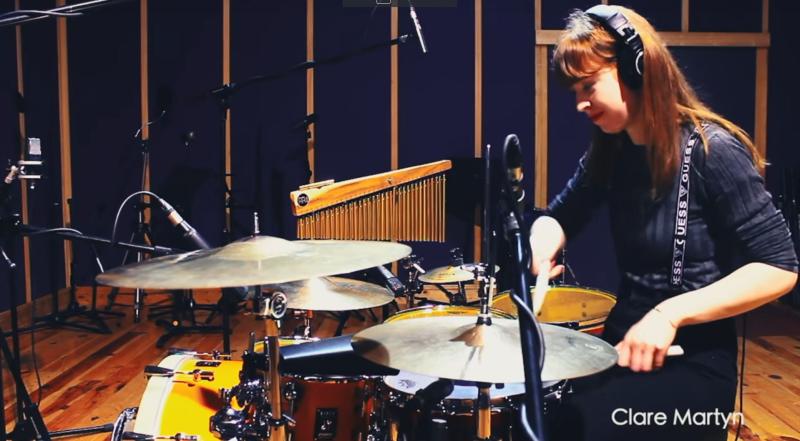 St Mel's Musical Society really blew Longford audiences away with its nine spectacular performances of 9 to 5 in the Backstage Theatre earlier this month.

And the musical itself would be nothing without the incredible soundtrack provided by the orchestra for each of the nine performances.

Clare Martyn was the drummer for that orchestra and provided a strong beat for all of the tunes performed during the show.

Now she's competing in the eighth annual international Hit Like a Girl Contest for female drummers and percussionists.

Clare has been playing drums for ten years and absolutely loves it. At university, she studied Classical Percussion and received a Drum Kit degree. She has also recently completed a year-long course in Music Composition for Film and Games.

"When I am not playing live, I am a film composer. My background in orchestral percussion means that composing for orchestra and hybrid sounds has come naturally to me. I get such a thrill from combining the sounds of an orchestra with electronic instruments to make it BOOM," she said.

"At the moment, I am also working on producing my own pop music and loving every minute of it! My ideal career is drumming on film and game scores and rocking out stadiums!"

Clare is one of many female drummers from around the world competing in the Hit Like a Girl contest.

The Hit Like A Girl Contest was conceived in 2011 by drum industry veteran and HLAG Executive Director David Levine who felt that female drummers were under-served and under represented. Its purpose is to shine a spotlight on female drummers and percussionists and to encourage drumming and lifelong musicianship for girls and women, regardless of age or playing level.