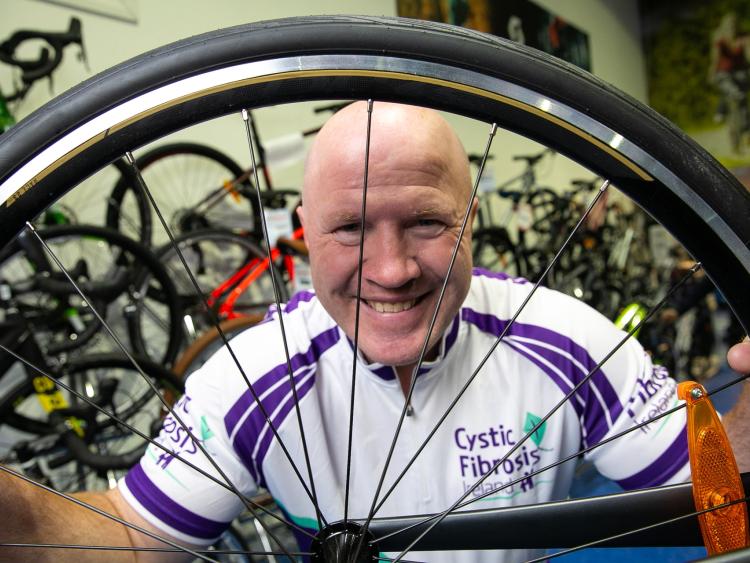 Cystic Fibrosis is the most common life-threatening inherited disease in the country. CF causes the body to produce an unusually thick, sticky mucus which clogs the lungs and obstructs the pancreas, with the majority of deaths being caused by respiratory failure. There are certain treatments which can provide some relief to patients of CF, such as the drug Orkambi, which was first made available to Irish patients in 2017, when the Minister of Health Simmon Harris struck a deal with Vertex Pharmaceutical to introduce state-funded access to the "miracle drug". This came in the wake of numerous campaigns from the likes of Longford woman Jillian McNulty, who spent over 3 years campaigning for the introduction of Orkambi.

Michael Carruth had thrown his weight behind the Malin2Mizen Cycle4CF 2019. Having come on board as an ambassador for the 2018 cycle, Michael has gone one step further for next year and signed up for the cycle in May. The four day cycle starts in Malin Head, County Donegal and finishes in Mizen Head, County Cork.

Speaking about the Malin2Mizen Cycle4CF, Michael called for people to register now for the cycle to help support people with Cystic Fibrosis in Ireland:

“The Malin2Mizen Cycle4CF 2019 takes places from Thursday, May 9th to Sunday, May 12th and I am putting my hat in the ring for this great event.  I would like to say a huge thank you to Eurocycles on Longmile Road for providing me with a bike, all the gear and a training plan, so that I now cannot throw in the towel on Malin2Mizen Cycle4CF 2019. Seriously I am delighted to be taking part in this great event, raising awareness of cystic fibrosis and also raising much needed funds. In the 2018 cycle, 40 cyclists delivered a knock-out punch raising over €140,000 which helped fund grant payments for people with cystic fibrosis to help them with exercise, which is important for all of us, but can be a matter of life or death if you have cystic fibrosis. The funds also helped support the transplant team in the Mater, who do such an incredible job, performing life-saving double lung transplants for people with cystic fibrosis every year. I would encourage anyone who is interested in joining me for what promises to be a fantastic 4 days of cycling and a mighty bit of crack to register now on at www.cfireland.ie. Places are limited so sign up now! “

To take part in the Malin2Mizen Cycle4CF, register now at www.cfireland.ie. The fundraising target for participation in the cycle is €2,000 which covers your food and accommodation over the 4 day cycle. Registration closes on January 25th.