AIT Connect: Getting you off to a flying start 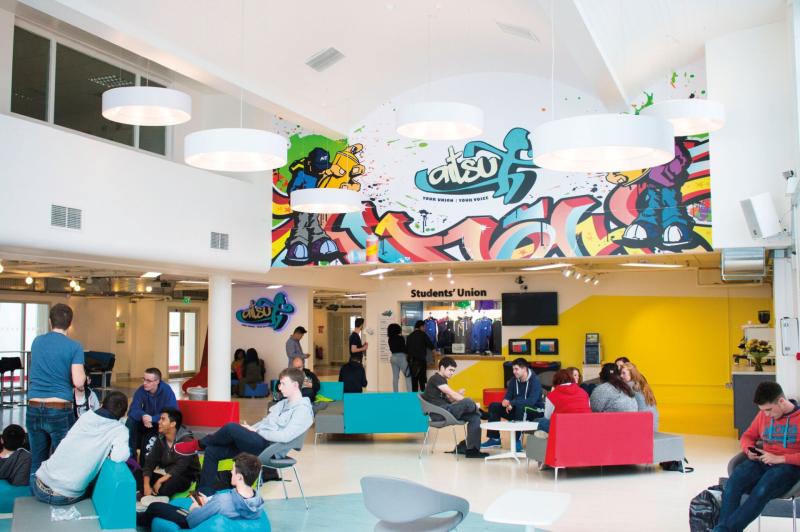 AIT Connect is an orientation programme designed to better facilitate early adjustment and student integration at third level. The programme was developed in response to research showing that the first seven weeks of college are the most crucial in introducing and familiarising students with key services and support structures.

According to Student Resource Centre Manager, Sarah La Cumbre, this early adjustment is key to long-term success and has a major impact on the dropout rates of first-year students. “The first seven weeks of college are often the most challenging for students making the transition to third level. Some students struggle to make friends because they’re commuting long distances or they’re extremely shy, while others are constantly buried in their phones.

“Friend groups form quickly and if a student hasn’t found a friend in the first few weeks, they might feel like they never will. For these students, the smallest thing could tip the balance and make them want to leave. After all, it’s not just the student’s cognitive capacity that predicts their success at third level, it’s whether they feel integrated, like they belong,” she said.

A Student Attrition survey, carried out in 2016, revealed that 43% of students that withdrew from college, did so without telling anyone. Not their family, friends or the college’s support services. Of those students, many were too embarrassed or scared to discuss their reasons for leaving, while others said they had no one at home that they could speak to or consult. Believing early intervention to be key to reducing this number, Mrs La Cumbre and her team established the AIT Connect programme to stop students from slipping through the cracks.

“Upon further investigation, we learned that early intervention is paramount to long-term success at college. Students are most vulnerable during the first seven weeks of college and without a solid friend group to insulate them from the stresses of third level, it can be tough. We introduced AIT Connect as a way of helping students better integrate into college life, which, in and of itself, reduces the likelihood that they’ll drop out, but also, makes it easier for them to approach us if something has gone awry and they need to discuss their options,” Ms La Cumbre said.

Since its inception in 2017, Connect has gone from strength to strength with Students Services reporting a significant increase in the number of students making inquiries and connecting with support staff. In particular, disability registration has increased post induction as have the number of students availing of counselling services. According to Mrs La Cumbre, this is indicative of a positive change in how students view student support services on campus.

While it’s clear that Connect has made a difference by helping reduce social isolation, and increase student progression beyond first year, AIT’s student induction programme is an iterative process, one that’s being fine-tuned every year. After undertaking focus groups to see how best to improve the first-year experience and the integration process that bit easier for new students, Mrs La Cumbre realised that a lighter touch was needed all-round.

“We wanted to make the student induction process a little less intimidating for students and realised part of that meant stepping back and giving students the space to ask questions and get help without direct faculty involvement. Students don’t always feel comfortable approaching staff, but they will approach other students.

“Last year we had pop-up information stands that were operated by faculty members, but no one came up to them. This realisation gave way to an epiphany about Snapchat and using social media to communicate with shy, distressed students.

We set up faculty Snapchat accounts (aitscience2018, aitsocsci2018, aitbizhosp2018, aitengineer2018) and manned them with student ‘Snapchatters’. Students can send a question via Snapchat and have it answered quickly and privately. Say it’s just “where is Room D17, I’m a bit lost or where do I get a parking permit”, stuff like that,” she said.

“We wanted to create a fun, friendly, upbeat atmosphere and to inject a bit of humour into what can be a stressful, anxious time for new students. A positive experience at induction can really set the tone for the entire year. We’re all critically aware of anxiety and other mental health issues in this age cohort and so we want to ease the transition to third level as much as possible. Humour is a great way to do that.

“Connect is a community-wide endeavour and we’re extremely proud of our students, lecturers and professional services staff for pulling together to make the first seven weeks of college so special for our first-year students. We’re the college of 1000 welcomes and known for our warm, friendly campus environment. Students need not worry when they come to AIT because here they are names, not numbers,” Mrs La Cumbre finished.