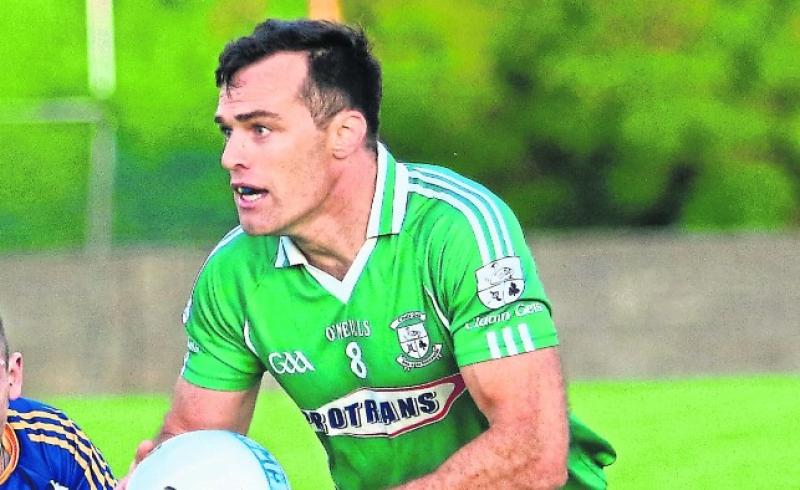 Paul Barden, who came on as a substitute for Clonguish in their SFC quarter-final replay win over Dromard.

Clonguish prevailed on Sunday last, and this time, they didn´t ease off the pressure.

Once again Paul Barden made his appearance on the resumption of the second half, and once again Diarmuid Masterson was given the task of marking him.

Probably the only one on the Dromard team who’d know how to curtail Barden, but even then, Paul left an indelible mark on the game.

Masterson was taken up entirely with the dangerous Barden. Looking fit and sharp, he remained a threat. That’s the great dilemma with Paul Barden. He’s a genius, and it takes a specially focused man to try and prevent him scoring, but often it’s not the score he takes that makes Clonguish a winning outfit, with Paul in their ranks.

When Paul is marked by the opposition's best defender, it means that defender is busy all the time. No question of being a sweeper, or starting an attack…….maybe it’s possible to start an attack, but the danger is multiplied hugely when that happens.
Panic : the greatest enemy of defenders.