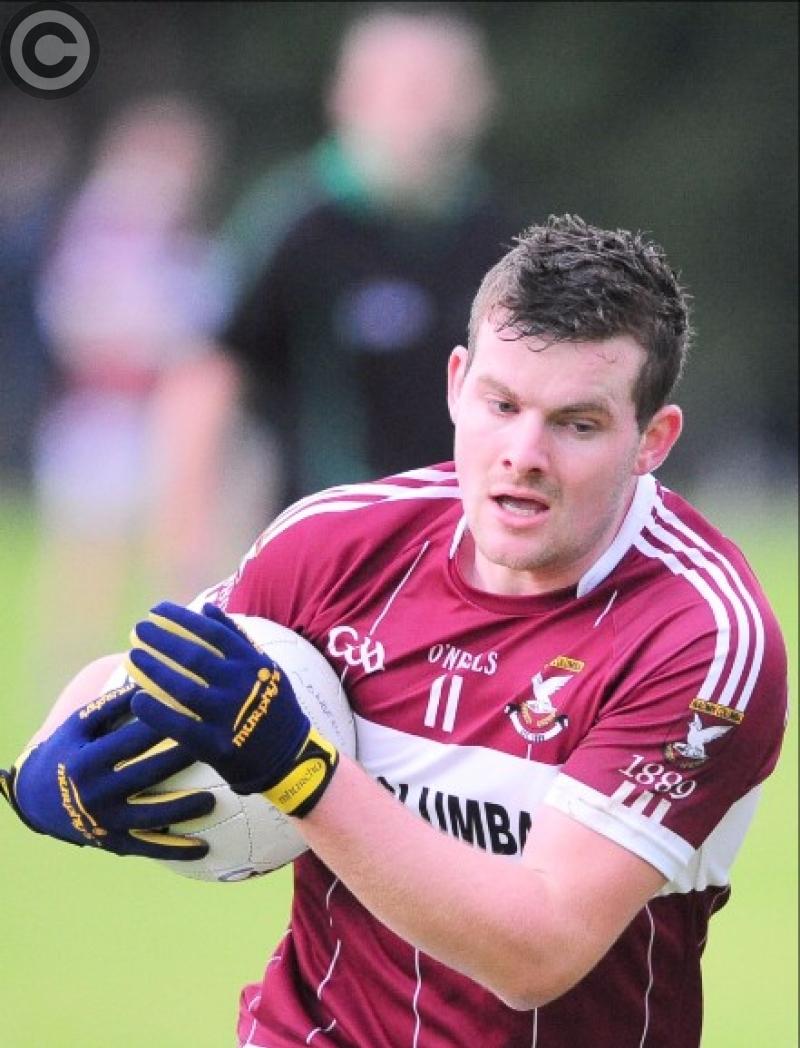 Mullinalaghta saviour James McGivney who scored a brilliant goal in stoppage time to earn his side a draw against Killoe in the SFC quarter-final.

As soon as Rathcline settled into their deliberated structure, they never looked like losing, in the curtain raiser on Saturday evening.

However, it was worth being in Pearse Park to witness James McGivney in all his pomp and languid beauty kicking over points that would reawaken some of the exciting skills of Gaelic Football when someone makes it look so very simple.

It’s not of course. Few can kick long distance points better than McGivney, who finished the day with four points to his name. Mullinalaghta won by five.

McGivney kicked three glorious scores in the opening quarter, from which Mullinalaghta never really looked back although they experienced a few scary moments from an Edgeworthstown side that never gave up to the bitter end. They won, deservedly one has to say, by five points.

Yet at times Edgeworthstown looked lively, but maybe focused too much on trying to out muscle Mullinalaghta, who looked superior in every department of the field throughout the game.

They never fell into the trap of trying to physically become engaged and sometimes their quick passing game was a sight to behold.

There are a few Mullinalaghta players who insist on soloing and then soloing for longer, while better placed men are running into spaces all around them. If only a few more would look up, and try to give a telling pass rather than seeking an opening for a shot, Mullinalaghta would have won by maybe eight or nine points. Maybe including a second goal, indeed.

Dromard and Clonguish met in the second quarter final of the Senior championship on Sunday evening. Clonguish had the majority of play early on, but missed several easy shots. Bad decision making.

As the game wore on, it began to look as though Dromard had it wrapped up. But suddenly Clonguish came alive and Dromard were lucky to draw, once again Francis McGee was the saviour.