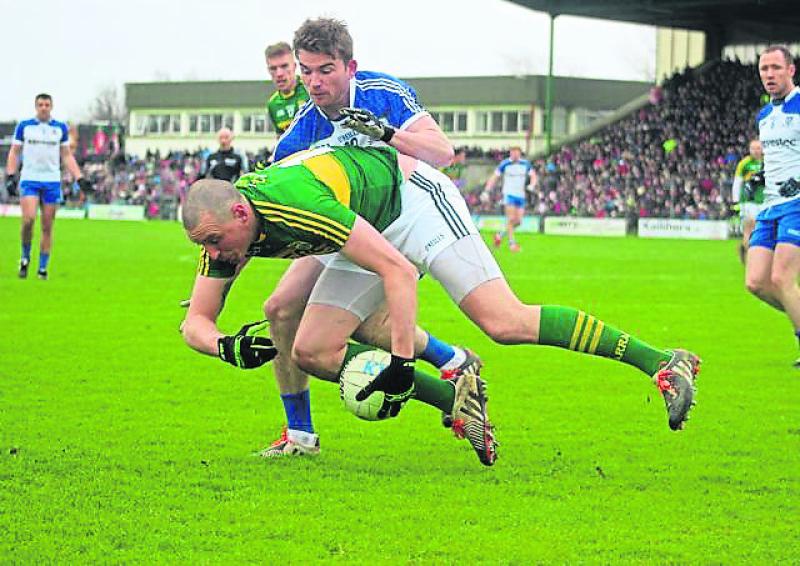 We went to Kerry last week, on Tuesday, and pulled in to Killarney around 3pm.

We walked around the town and called to the Plaza Hotel, where we met some Kerry people who could talk about nothing except football. They were fuming.

Strange how when Kerry get beaten it’s always someone else’s fault. I can recall back in 2004 when Stephen Lynch clinched a goal in the dying seconds they blamed everything imaginable.

Failing to realise that the game had been finely poised right up to the end, or at least they, made no mention of the fact.

The current crop of strategists are suggesting that it’s Eamon Fitzmaurice’s fault. They had many gripes.

Should have started Kieran Donaghy; shouldn’t have placed Peter Crowley as a sweeper; David Moran at midfield should have been more aggressive; Paul Geaney never showed up; James O’Donoghue was a waste of space; the goalkeeper made too many mistakes.......the list of complaints was absolutely astonishing.

No mention of Galway, at all, at all.

They constantly mentioned losing by only three points.

Well it would take Kerrymen to latch onto a very spurious statistic.

They got the goal that made the score line respectable in the last minute of the game.

It really was a lucky strike no matter how you dress it up, although the opportunity was well taken by David Clifford.

Ignoring the team bursting with raw talent - Galway - is akin to refusing to see the moon as round, or maybe saying that the Camlin flows straight most of the time.

What does it take for Kerry people, and pundits generally alike, come to the point of recognising this Galway team for what it really is; a really superb team of footballers. Aggressive in a very controlled fashion, disciplined almost to a fault, but most of all oozing with that unstoppable quality - sheer talent.

Sure, Paul Geaney didn’t shine against Galway; yet he scored points. James O’Donoghue was made to look ordinary, yet he too, scored from play.

David Moran was as effective as he could be, given that Galway’s swarming tactic paid heavy dividends. Moran hardly was given room to field a ball cleanly, because most of the time three Galway players went up along with him, resulting in another Galway player catching the breaking ball.

Kieran Donaghy.......was anyone who wrote about him afterwards, watching the Kerry warm up?

If they were they failed to notice how comparatively old he looked, in the surroundings, but far more important did anyone notice how often he kicked the ball wide from relatively easy distances, when he was unmarked in the warm up?

Yes the goalkeeper made several mistakes but what did they expect, when Galway players all over the pitch were on red alert each time the Kerry keeper kicked out the ball.

Come on people, look honestly at the game and you’ll find that Galway surprised you, and are actually far far better than you’re prepared to admit.

On Sunday, they survived in the last minute of the game through Kieran Donaghy, who did nothing throughout the game, apart from being allowed stand very close to Rory Beggin as he took frees, scrambling a high ball into the path of David Clifford who slotted it to the net.

But most of all, this was a day that Monaghan demonstrated that they are hardly All Ireland contenders, as they had the opportunity to bury Kerry in the first half and put them out of sight, and again late in the second half, but sloppy, carefree shooting in both periods cost them dearly. In the first half they lazily hit the post; blazed what should have been a goal over the bar; dropped at least one ball short; but worst of all sent four easy cringe-making shots wide.

At the end of it all, I guess Donaghy, on the day, deserved his inclusion.

I doubt Monaghan will be in the final mix, in the same way that I doubt Kerry will get away from either of the real contenders.