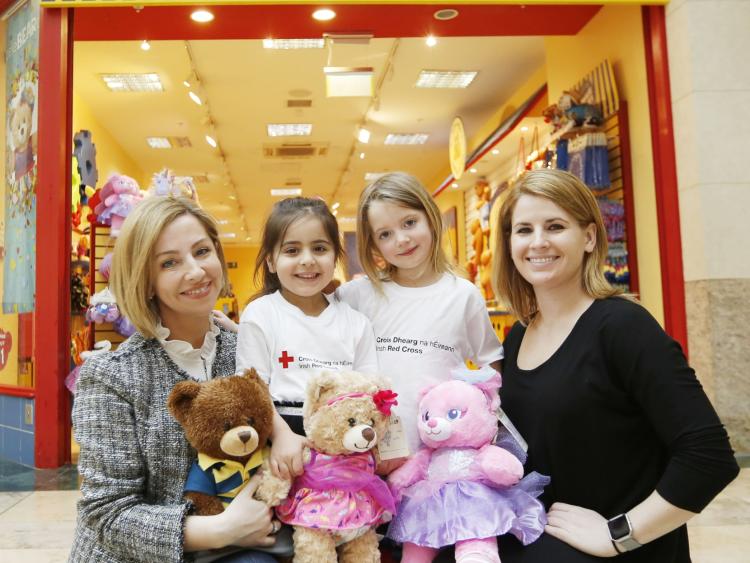 A four-year-old Syrian girl named Serene inspired the Irish Red Cross to contact Build-A-Bear. Serene has been living with her family in Ireland during the conflict in Syria, and was the driving force behind the Irish Red Cross’ very successful Toy Drive earlier this year where she called on the public to donate toys to refugee children living in Ireland. Serene led by example, hand-delivering her own treasured teddy Bootsy to Irish Red Cross HQ.

This new partnership kicked off with a celebration for Irish Red Cross supporters and their children at the Build-A-Bear Workshop in Dundrum Town Centre. The guests took part in the signature Build-A-Bear “heart ceremony” as part of the bear-making process, during which they made a wish on a heart to put inside each teddy for the child receiving it. Serene shared her wish was for “girls and boys who are sad to be happy,” while Serene’s friend Callie hoped her bear “would give a big hug to someone the same age as me who is lonely.”

The Irish Red Cross’ Tara Justin said: “The Irish Red Cross is delighted to work with Build-A-Bear to give teddy bears to children during times of distress. The Stuffed With Hugs events will also raise awareness about helping those in need.”

Emily Fuhrman, Manager of Foundations and Giving at Build-A-Bear Workshop, said: “We are honoured to partner with the Irish Red Cross to provide teddy bear hugs to children in need in Ireland. Our hope is that these bears can provide a measure of comfort and brighten their day.”