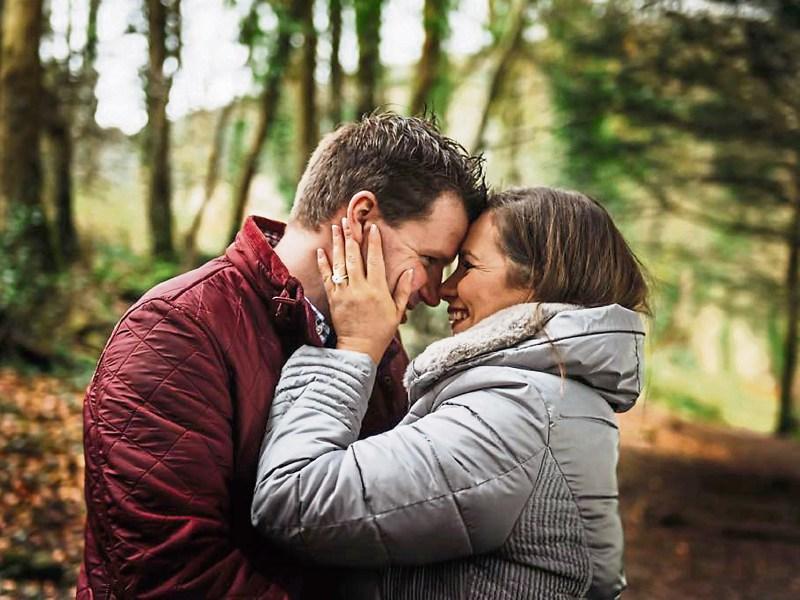 As Valentine’S Day approaches, Macra is much better than Tinder if you are looking for love, declares the newly engaged Ciara Ryan.

“I’ve found love through Limerick Macra. There has been about seven marriages among our friends within Limerick Macra and there is about three couples in long term relationships,” said the 32-year-old from Newport.

On January 8, Ger Donovan, Shanagolden got down on bended knee in a packed restaurant and Ciara said yes.

Macra has many advantages over the popular dating app, says Ciara.

“At least you can check them [prospective boyfriends] out for a little bit beforehand! You know what they are like. Genuinely, I think they are going back to the real country boy, they are genuinely nice caring guys. I think the boys within Macra are very nice, they are gentlemen, they are like the old school type of guy that every girl would like to meet and bring home to mammy,” said Ciara.

One night in December 2014, Ciara set off on her own to join Limerick City Macra.

“All my friends had moved on and didn’t want to go out and socialise. I just wanted a change and I said I will look into this. I went along to a meeting and then went on a mystery tour - I loved it. I met another girl, Lis Mason on the first night who is now my bridesmaid.

“I just loved the social side of it, it is great craic. There are sports events, weekends away, balls, Macra Rally, courses, cinema nights – there is constantly something to do,” said Ciara, daughter of Ber and JJ.

Ger, son of Mary and Patrick, met Ciara on a Macra night of set dancing in Dolan’s. Over time they got closer and Ger – a dairy farmer who is member of Shannonside Macra – asked her out on a date in March 2016.

Fast forward to January 2018 and they were on a short break away in the five star Monart Spa in Enniscorthy.

“We go away in January as it’s Ger’s quiet time before calving starts. We were in the restaurant, having a fabulous meal and after dinner he got down on one knee and asked me to marry him. Everybody in the restaurant was clapping, I started crying and I was hugging him. People must have been thinking is he after proposing or has he said something horrible!

“The manager came over and asked were we celebrating? He wasn’t sure because I was roaring crying. I was absolutely over the moon, I was totally taken aback – I wasn’t expecting it,” said Ciara, who added that they plan to wed in 2019.

Ciara, who was Limerick’s Queen of the Land entry in 2016, does the accounts for her father’s business – JJ Ryan Tyres – and had no real background in agriculture.

“You don’t have to be a from a farming background to join Macra, definitely not. Especially in Limerick City Macra there would be very few farmers in our club. A lot of people have moved to Limerick city.

“Macra has changed me as a person hugely. Being Queen of the Land gave me such confidence. I was interviewed on stage - I never thought I’d do anything like that. I’ve made lifelong friends and found the love of my life through Macra. I’d encourage anybody to join!” concluded the bride-to-be.

WATCH: Longford man gets judge up to play the spoons on Ireland's Got Talent