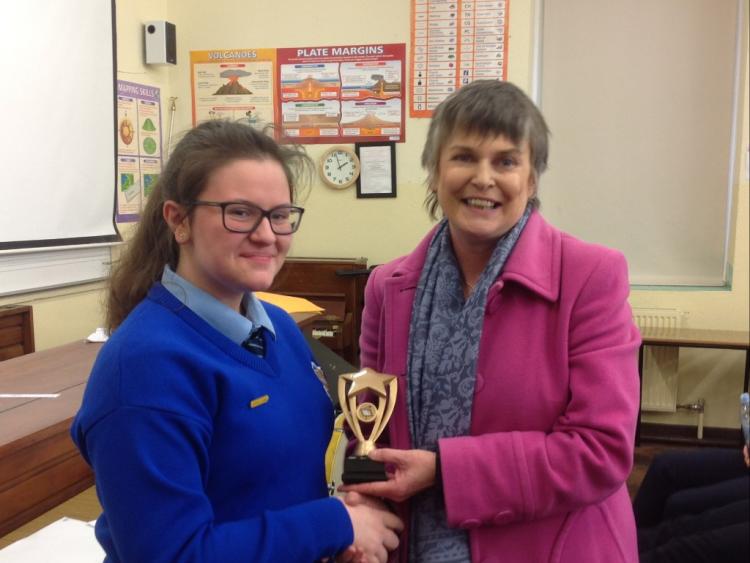 Students who were a member of the schools debate club had to give a two minutes long speech on a topic of their chose, some of the topics included healthy eating to poor body image.

Ms Una Byrne the former Deputy Principal was adjudicator for competition, she praised all the students for their hard work, confidence while speaking and acknowledged how difficult it can be to give a public speech.

The winner Daniela Rana who's speech was on the dangers of mobile phone usage was praised on her use of facts, the structure of her speech and the conviction of her delivery.

Ms Cunningham and Ms Keogh the two women who run the debate club were both very pleased by the research everyone done and quality of everyones speech.