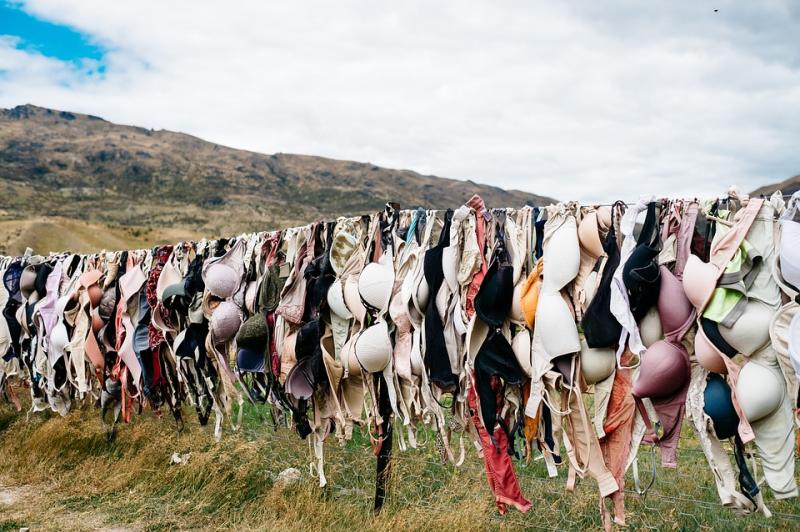 A member of a Dublin family syndicate which scooped a massive €5.4 million Lotto jackpot before Christmas revealed today that she stored the winning ticket in a secure place for over a month… inside the cup of her sports bra!

The calmest family in Dublin waited for more than four weeks before finally claiming their millions at National Lottery HQ.

The golden ticket was purchased by the syndicate at the WH Smith shop at arrivals in Terminal 1 of Dublin Airport on December 23 while picking up a family member who was coming home for the festive season.

The syndicate member who purchased the ticket, a daughter in the family, said: “I was looking to see where the safest place was for the ticket so I tucked it into the cup of a sports bra and then hid it in the very back of my wardrobe... just to be doubly safe! It’s funny now looking back but that is genuinely the safest place I could actually think of at the time.”

That wasn’t the only place where the ticket lived as it was in her car for two days after she bought it as she hadn’t realised it was worth a life-changing €5.4 million. Her mother heard on radio on Christmas Eve that the winner had bought the magic ticket in Dublin Airport.

The happy matriarch said: “I heard it on the news as I was peeling the potatoes as part of preparations for Christmas dinner. I knew my daughter bought our family ticket in the airport. I got her to go out to the car and check, and the next thing they were all shouting. One of the family even fell to the floor with the excitement!”

The elated family were more than happy to bide their time to enjoy Christmas and then get financial advice before claiming their millions.

A spokesperson for the National Lottery said: “We have had stories of winners keeping tickets in bizarre places to keep them safe. We have heard of someone keeping it under pillow, in the dog kennel, in a gun cupboard and even in the fridge - but this ranks as one of the most unusual. We are so happy for this family that they will share this life-changing jackpot.”

The spokesperson added: “This win really did bookend what was a hugely successful year for the Irish public in Lotto as it was our 12th Lotto jackpot winner of 2017. This averages at one jackpot winner per month, and between them all last year’s winners shared over €70 million.”

Meanwhile, the National Lottery has again appealed to the holder or holders of the first Lotto jackpot winning ticket of 2018, worth a massive €4.4 million, to come forward. The winner from the draw on 14th of January has still to make contact with the National Lottery. The golden Quick Pick ticket was sold in Daly’s Topaz on the Letterkenny Road in Lifford, Co. Donegal.

You can be the second Lotto jackpot winner of the year if you play Lotto in-store, online or using the National Lottery App on your smartphone. Tomorrow’s Lotto jackpot is heading for an estimated €3.5 million (Saturday 27th January).

POLL: Do you think pubs should be allowed to serve alcohol on Good Friday?