Longford Lives: Tia Anderson getting straight to the heart of the matter 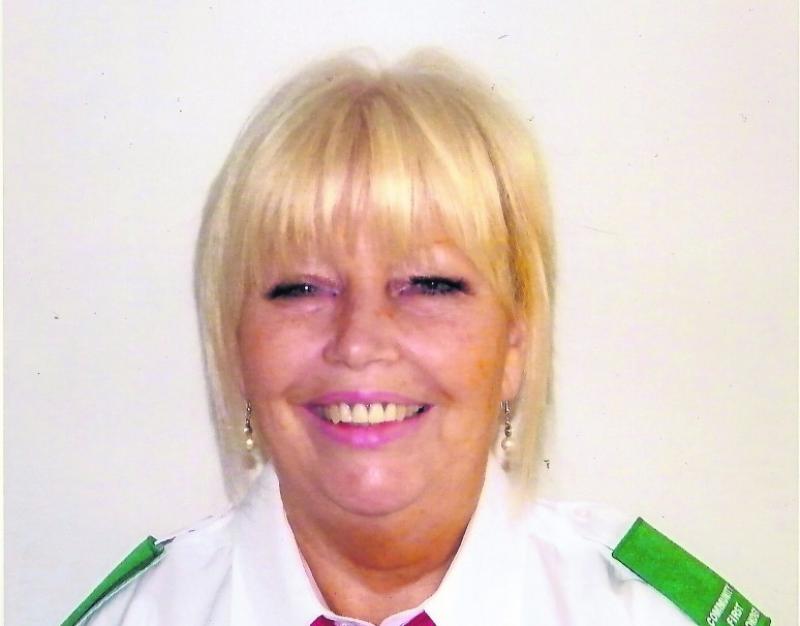 Tia Anderson from Newtownforbes has been a member of Longford Community Cardiac First Responders since its inception back in 2015.

A native of Co Sligo, she trained as an addiction counsellor and arrived in this part of the world in 2011 to take up a position at the drop-in clinic in Garvey’s Yard.

Prior to that she was in the nursing profession.

“I came to Longford initially to work as an addiction counsellor in the drop-in centre,” she said before pointing out that she was subsequently provided with a wonderful opportunity to meet local people and become more involved in the new community in which she found herself.

Meanwhile, Tia’s involvement in Longford Community Cardiac First Responders was initiated by personal experience when her father died after suffering from heart problems.

“My dad had heart trouble and when the ambulance would come and take him to hospital myself and my family never knew whether he would come home again or not,” she said.

“Then one day he didn’t come home.

“That terrible day came and happened in June 1989, so in memory of my dad I want to teach CPR, AED and defibrillation free of charge to those who want it,” the local woman continued.

The Co Sligo native subsequently joined Longford Community First Responders with the sole purpose of “helping people who are in a similar situation” to her late father.

A trained instructor with the group, Tia was only part of the team for a short time when she was asked to take up the position of secretary, an honour that she held dearly.

“I agreed to do this in 2016 and then later on I took up the position of vice chairperson,” she smiled as she spoke to the Longford Leader.

“The group and I worked diligently to provide training to the members of our group and new volunteers with the help of paramedic Martin Mulvey.

“Our group worked hard trying to raise funds for the equipment and uniforms we need and with the help of many local people in the community we were beginning to see our goal was achievable.”

Community First Responder (CFR) volunteers are trained to attend emergencies and provide treatment for patients until an ambulance arrives.

The types of emergencies attended may range from collapse due to medical problems and accidents in the home or public place to cardiac arrest, heart attack, strokes, choking, diabetic emergencies, traumatic emergencies, breathing difficulties, seizures and chest pains.

“In 2016 I was nominated for chairperson of Longford Community First Responders Group,” continued Tia, before pointing out that while she was overwhelmed by the request her main concern was to carry out the task to the absolute best of her ability.

“This to me was a shock at first, it was frightening and all I could think of was oh my God what if I fail,” she added.

“It took a few days to settle in but I took up the challenge, put my shoulder to the wheel and carried on.”

She says that the people she works alongside in Longford Community Cardiac First Responders are “a wonderful bunch”.

“I can honestly say each one of them are the salt of the earth; they work extremely hard raising funds, walking, marathons, church gate collections and raffles etc.”

The Sligo woman also points out there is nothing that is too much for the hard working group of volunteers.

“They are extremely committed to being First Responders and with our group and we also have some fun at times when we all get together.

“They like playing little jokes on me sometimes and me on them.

We have lots of laughs together in our free time.”

The main thing is, though, the volunteers of Longford Community Cardiac First Responders stand shoulder to shoulder to save lives in this county.

“I honestly could not ask for a nicer group of people and it is a privilege to work with them.”

For Tia, meanwhile, there is always something new to learn or train in.

On September 8, 2017 the Local group was the first in Longford town to launch a service in conjunction with the National Ambulance Service.

Volunteers now attend to and assist with 999-112 calls throughout the whole of Co Longford. “We are delighted with this as we have worked very hard to achieve this,” added Tia. before pointing out that while the ambulance service carries out “amazing work”, it can’t be everywhere at once.

“I have to say I never doubted that we would achieve our goal even when there were times that it had seemed impossible, but my passion and commitment never faltered.

“I feel that in carrying out my training and working with Longford Community Cardiac First Responders, I gain a wonderful sense of achievement knowing there are so many dedicated people willing to give their time and commitment to save someone's life.

“To me this is the most ultimate sacrifice anyone can do; we want no medicals, no awards or cups, we want you to keep safe be well and stay alive. That is our mission statement.”

Classes are free of charge and may help to save someone’s life.

Aiming to save more lives in Longford