National Treasures project is looking for objects from county Longford 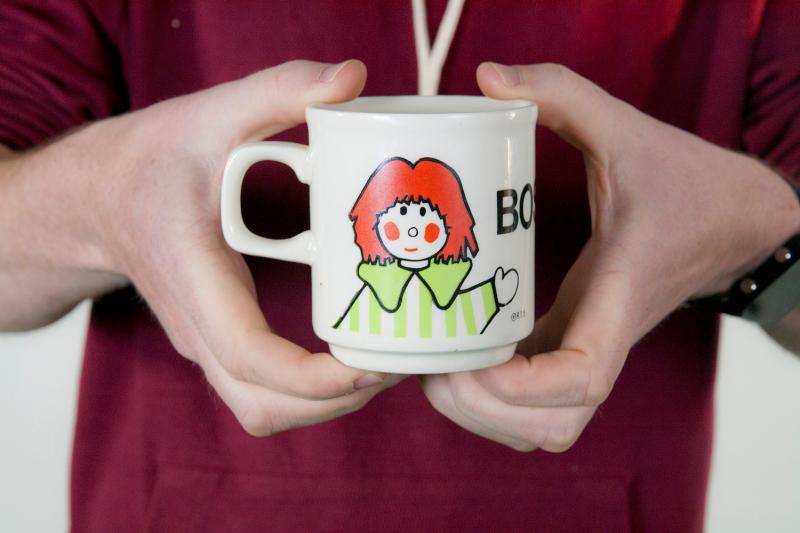 A national treasure - a Bosco mug. The National Treasures project is looking for objects from county Longford.

Public history project National Treasures is calling on the people of Longford to submit their treasured objects to help tell the story of Irish life over the past 100 years.

RTÉ and the National Museum of Ireland are currrently working together to create National Treasures, a unique archive documenting how Ireland has developed using ordinary objects treasured by families across the 32 counties.

The aim is to gather objects from every county, passed down through generations or relatively recently acquired, which reveal an aspect of the nation’s history, culture and experience.

Currently, the project is specifically looking for objects from Longford that tell the story of the last 100 years. Whether it’s a ticket from one of Eddie Macken’s early show jumping exploits, a memento from the All Ireland Fleadh in 1958 or a match programme from the glory years of Longford GAA in the '60s we want to hear from you.

A nationwide project, National Treasures recognises the significant contribution made by all counties to the story of modern Ireland. Some counties have already responded to the call in big numbers and now National Treasures is calling on the people of County Longford to ensure that their homeplace is represented in this unique archive.

In October, four public roadshows will take place across the country where curators will inspect the objects in person and assess whether they merit becoming 'national treasures'. As well as submitting their object online, people from Longford are encouraged to attend the Leinster roadshow which will take place in the CHQ in Dublin on October 15. A four-part television series based around the roadshows, presented by John Creedon, will follow next year.

John Creedon: “The project has gotten off to a great start and we have already received hundreds of objects. Regionally however some areas are still underrepresented and we specifically need the people of Longford to come forward and submit their own fantastic objects. Like most Irish people, I have a profound sense of place and a genuine curiosity about my own people. At the moment I feel like a child in a sweet shop, as I just know that the bottom drawers, attics and garden sheds of Ireland are about to open and reveal so much more to delight those of us who love Ireland and her story.”

The project has now launched with a website – www.nationaltreasures.ie where people can add their object and tell their story. They can also browse the fascinating objects that have already been submitted.

National Treasures is produced by El Zorrero Films (Man on Bridge) for RTÉ in association with the National Museum of Ireland and the Broadcasting Authority of Ireland.

Following on from the National Treasures television series on RTÉ One, the public will then have an opportunity to view the objects in person at a special exhibition at the National Museum of Ireland – Country Life in Turlough Park, Castlebar, Co Mayo.

Anyone with objects which tell the story of Ireland and specifically Longford, should log on to nationaltreasures.ie to submit their item and find out more about the project.

Tips on Submitting Objects to the National Treasures Project

1. Don’t clean your object! As a people’s archive, we welcome objects that have lived a life. ‘Wear and tear’ tells its own story.

2. Photograph your object using a plain uncluttered background. If you do not have a plain wall to photograph against, place a solid colour card / piece of paper behind the object.

3. Turn off the flash and use natural light if possible locating the object in a bright space.

4. Use a tripod or rest your camera / phone on something to avoid shake and blur.

5. Fill the frame with the object at the centre.

7. If your object is a printed item and you have access to a scanner, use that instead of taking a photograph for best results.