Saint Patrick and his links with Longford 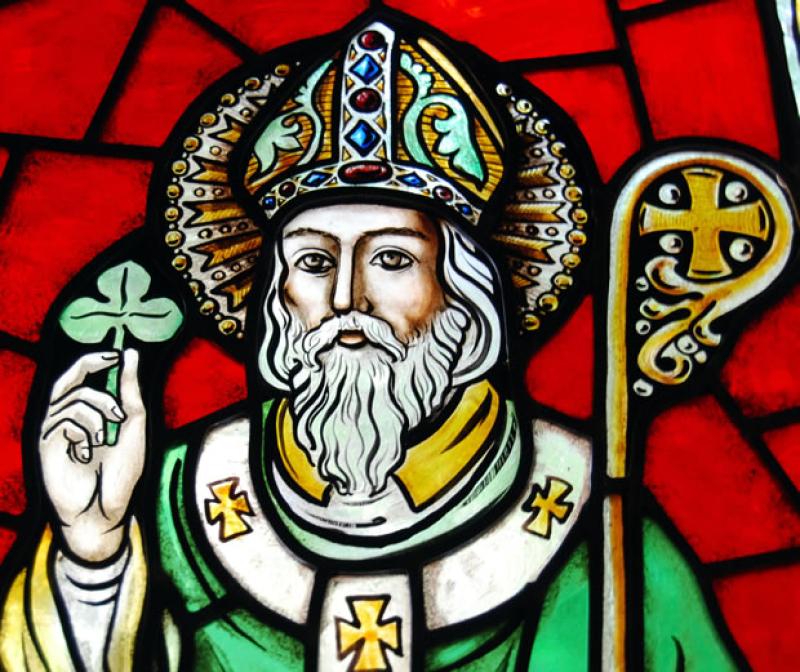 The story goes that St Patrick, when he returned to save our pagan souls by preaching The Good News, had good manners in that he approached the local kings before preaching.

The Memoir of Tirechan in the Book of Armagh and the Tripartite Life place Patrick in Ardagh, the birthplace of Christianity in the locality, and Granard.
He approached Maine in Ardagh (South Teabtha) and Caibre in Granard (North Teabtha). He probably knew them of old as they were sons of Niall of the Nine Hostages, a slave trader who may have been involved to some extent in St Patrick's early slavery days.
If the rumours that Patrick came from Brittany and not Britain are true, Niall was said to have sent one of his fleets to pillage the borders of France near where Martin, a reputed brother of Patrick's mother, was bishop and there was meant to be a line of O'Neills descended from Niall in that area.
Maine received Patrick with relatively open arms and Patrick established a monastery in Ardagh where he placed his nephew Mel. The original Cathedral ruins are still in Ardagh on the grounds of St Patrick's Church.
On the Edgeworthstown road out of Ardagh on the right hand side you will find, The Kneeling Stone of St Patrick. Perhaps this is where he knelt before the King of South Teabtha.
Patrick is said to have had the gift of prophesy and foresaw that Maine's concubine, who Maine presented to him to bless, was pregnant with Caibre's son's child.
Meanwhile, Caibre in the North, supposedly turned his back on the Saint and continued to worship the Sun on his mound but his sons understood this new religion was the way forward and they accepted Patrick who placed Saint Guasacht in Granard. They say Caibre never got over it and refused to speak to Patrick while Patrick called Caibre ‘God's Enemy’.
Guasacht and his sisters, the two Emers, were children of Patrick's old slavemaster, Milcho. Patrick had taught them about Christianity while still a slave. Patrick then also placed the two Emer's in Clonbroney, near their brother and it was in Clonbroney that the first convent in Ireland was established as they were the first nuns in Ireland veiled by Saint Patrick.
Another story of Saint Patrick is one where St Mel and St Lupita, his aunt, shared the same house and same bed, but not at the same time, one had it by day and the other by night. The locals' tongues were wagging at this strange arrangement and word got to Saint Patrick who had to come all the way back from Armagh in a hot temper.
Mel prayed to God to help prove his innocence and fished for salmon in a dry field in front of Saint Patrick proving his innocence. Lupita carried hot coals in her mantle to prove her innocence. Patrick was satisfied there was no sin between them but he ordered that Brí Léith stand between them and sent Lupita over the mountain where she set up her monastery two miles west of it.