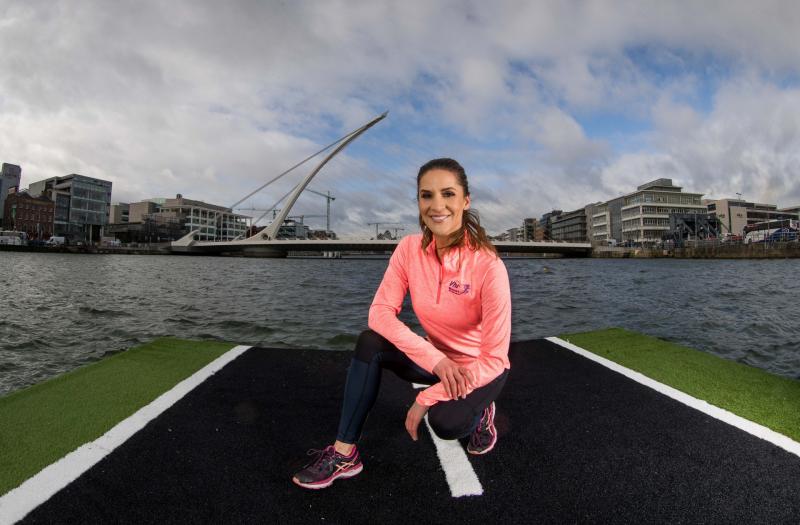 To mark this special milestone, the organisers of the Vhi Women’s Mini Marathon also unveiled a new route for 2017, which will see the course completely reversed with this year’s event starting on Fitzwilliam Square and finishing on Baggot Street.

The Vhi Women’s Mini Marathon is the biggest all female event of its kind in the world and Ireland’s largest one day charity fundraising event. Since its inception it has raised over €200m for charities all over the country, and it is hoped that 2017 will see further fantastic fundraising for a host of worthy causes nationwide.

1.      By registering online at www.VhiWomensMiniMarathon.ie

2.      By post - application forms will be available in The Herald every Wednesday and Saturday

Entries received before April 1 are in with the chance of winning the all new Nissan Micra, so participants are urged to register early for the 2017 Vhi Women’s Mini Marathon to be in with a chance to win.

Participants will be supported every step of the way by the Vhi Support Team including event ambassador, fitness advocate and running novice Amanda Byram, former international athlete and nutrition support David Gillick and personal trainer Louise Heraghty. The Vhi Support Team will be providing expert advice including training plans, recipe ideas and training motivation on www.VhiWomensMiniMarathon.ie. Amanda Byram will also be following the Vhi Programme and aiming to complete her first ever 10km at the Vhi Women’s Mini Marathon on Monday, June 5.

Speaking at the launch, Brighid Smyth, Head of Corporate Communications, Vhi said; "Vhi is delighted to be supporting the Vhi Women’s Mini Marathon, celebrating 35 years. We are so proud to be part of this wonderful event which is all about participation - celebrating every woman that crosses the finish line. Vhi will be with you every step of the way with the Vhi Support Team and our weekly advice on the Vhi Women’s Mini Marathon website. We are hoping to encourage as many Longford women as possible to achieve their personal best while raising money for their chosen charity and having lots of fun!"

Kathy Endersen, CEO, Women’s Mini Marathon said; “2017 represents a significant milestone for the Vhi Women’s Mini Marathon, as we celebrate 35 years.  More than 965,000 women have taken part in the event since the very first race in 1983, helping it to become the biggest all-female event of its kind in the world.  Whether raising money for charity, achieving personal fitness goals or just soaking in the atmosphere on the day, the Vhi Women’s Mini Marathon represents a special achievement for so many women. We hope that women from all over Ireland and abroad will join us for this fun filled day in Dublin on Monday, June 5!”

Commenting on her role as part of Vhi’s Support Team, Amanda Byram said, “I am passionate about health and fitness and a firm believer in the importance of a balanced lifestyle. While I really enjoy HITT and bodyweight exercises I have never taken part in a 10km event, so I’m a running newbie! I’ve set myself the challenge of following this Vhi Support Team programme over the next 14 weeks and completing my first 10km at the Vhi Women’s Mini Marathon. Hopefully others will join me and we can achieve our fitness and fundraising goals together on June 5!”