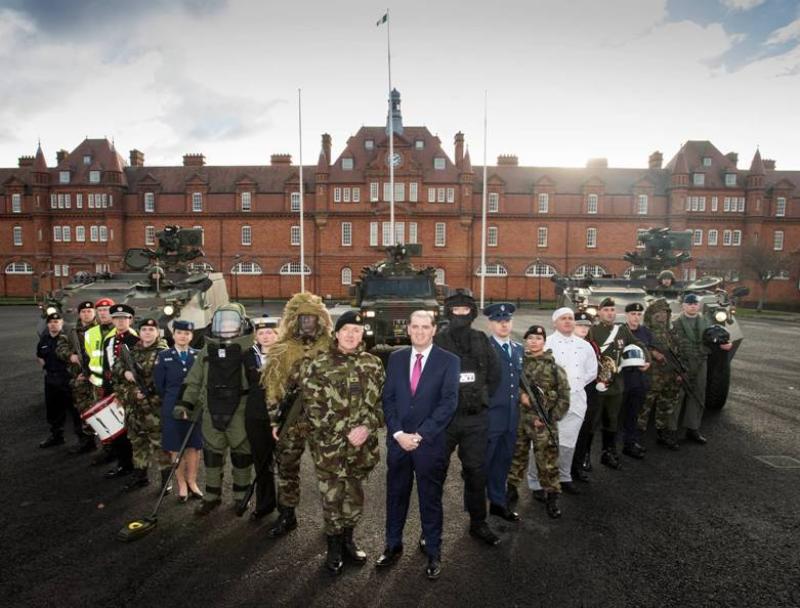 Minister with Responsibility for Defence, Mr Paul Kehoe, TD has announced a major recruitment drive for the Defence Forces for 2017.

The recruitment campaign is part of the Government’s commitment to maintaining the strength level of the Defence Forces, incorporating the Army, Naval Service and Air Corps, at 9,500 personnel.

Minister Kehoe said “The 2017 Defence Forces recruitment drive is extremely significant, targeting an intake of 860 personnel, including general service recruits, apprentices and cadets.  It opens up significant opportunities, across the Army, Air Corps and Naval Service, for young people to serve their country as members of Óglaigh na hÉireann.  For each individual, it also offers a unique career opportunity and first class training.”

Regarding the recruitment drive, Minister Kehoe said “This year’s recruitment campaign will build upon the successes of 2016 when recruitment reached a historic high, with an intake of 690 personnel, including the largest cadet class in the history of the State.

“It is vital that we continue to recruit young men and women to both maintain the strength level and military capability and to ensure fresh thinking.  I would encourage any young person who is currently thinking about his or her future career to consider the opportunities available in the Defence Forces and ‘Join our Team’.”

The Minister went on to speak about the importance of diversity in the Defence Forces, and the need for increased participation from women and the different ethnic groups and nationals now in the State.

Recent policy documents, approved by the Minister, underpin equality, diversity and inclusion within the Defence Forces and create a welcoming and engaging workplace environment for all, irrespective of gender, creed, ethnicity or sexual orientation.

“It is important that Óglaigh na hÉireann represents the richness and diversity of the community it serves.  In this regard, the Government is committed to increasing female representation in the Defence Forces, and I would particularly encourage young women throughout the country to consider the opportunities which a career in the Defence Forces provides.  I would also urge our new Irish, who have contributed so much to the creation of a more pluralist and culturally diverse Irish society, to take up the opportunity to serve in the armed forces of the State they now call home.  The Defence Forces welcomes and respects all, irrespective of gender, creed, ethnicity or sexual orientation”, the Minister said.