Government has 'no respect whatsoever' for people with disabilities 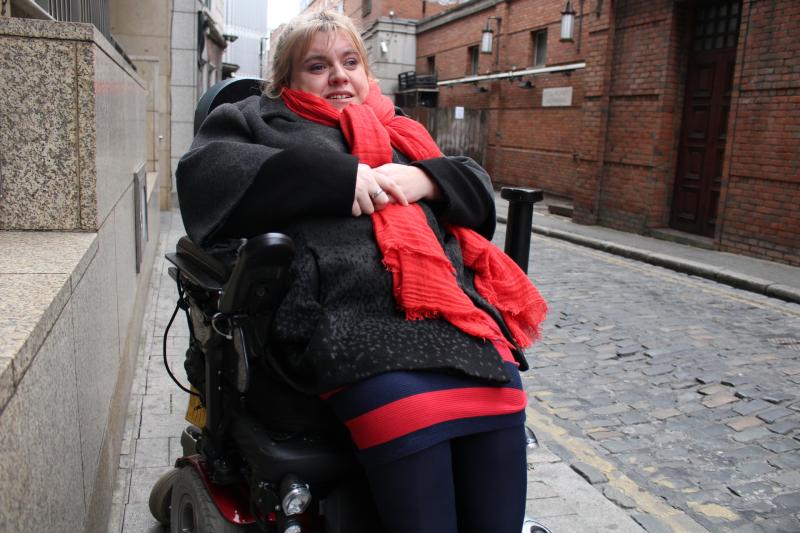 A disability advocate with cerebral palsy says the Government has “no respect whatsoever” for people with disabilities by delaying the ratification of a UN Convention.

Eileen Daly (41), who lives in Dublin city centre, says that thousands of people across the country are denied their fundamental human right to a life of equality and dignity because of the government’s delay in ratifying the UN Convention on the Rights of People with Disabilities (UNCRPD).

In an emotional radio interview, Ms Daly described how she and her peers fight against discrimination and inequality on a daily basis.

The Dubliner, who works as a Disability Support Officer with the Rehab Group, described how for many years she struggled to “jump through hoops” to use public transport before finally being able to afford her own transport.

“If I or any wheelchair user wants to travel by train we have to book 24 hours in advance, so spontaneity is impossible. An impulsive decision to visit a friend in Galway simply is not feasible” said Eileen.

“If this convention is passed, it will mean that I will have the right to accessibility. I’m not looking for anything 'special' that anybody else doesn’t have in life.

“Instead of being second class citizens, people with disabilities need to be treated as equals and be given the same opportunities and dignity that everybody else has.”

Although the Government signed the UN Convention nearly ten years ago, it has failed to ratify the treaty, making it the only country in the EU failing to recognise the rights of people with disabilities.

Eileen  asked for the country to get behind people with disabilities, just like they did for the marriage equality campaign.

“Anyone of us could wake up tomorrow and be affected by a disability, yet this issue is not prioritised.”

Eileen, who has been in a wheelchair since birth, also stated that the current housing crisis is affecting many Irish citizens, including people with disabilities.

She added: “I know of people with disabilities in various locations around the country who would like to look for a job or to attend college in Dublin, or elsewhere, but they are afraid to take the opportunity to move away from home because of the lack of accommodation and suitable housing''

“While there is already a lack of houses on the rental market, imagine if use a wheelchair and have accessibility issues. It simply adds to the nightmare.

“Ireland is the last country in Europe still to ratify this critical human rights treaty. The current reality for many people with disabilities living in institutions or languishing in unsuitable settings means they have no such right to choose and remain invisible when it comes to policy and service provision,” said Ms O’Meara.