Longford representative in Botswana to mark anniversary of its independence 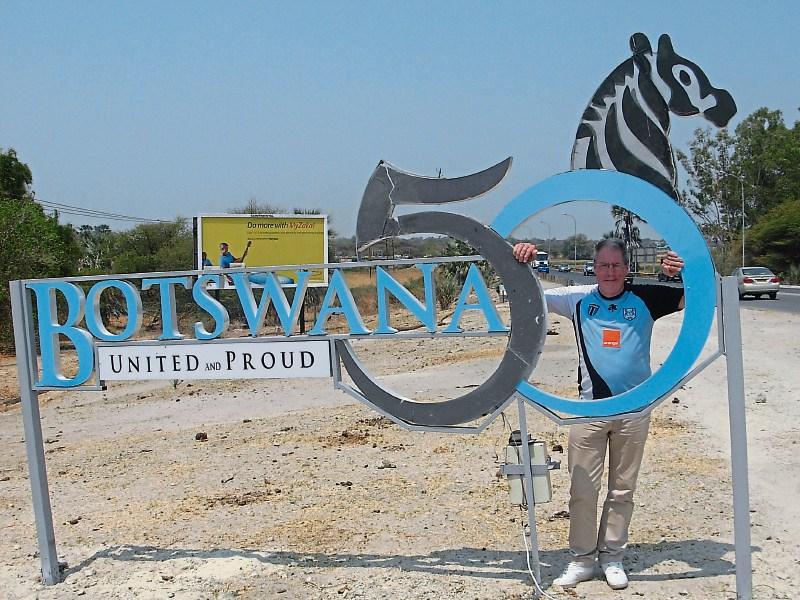 The words of Peter Brear, as he recalled the important lesson instilled in him by his father.

For the past twenty years, Yorkshire native Peter Brear, now living in Killoe, has been travelling to the African country of Botswana to do what he can to help locals there. It was this generosity and loyalty that saw him invited in August and September of 2016 to two very special celebrations.

“I got invited over to celebrate fifty years of Botswana’s independence from the UK and to attend the wedding of children I had helped years ago,” Peter revealed. “It was a privilege and an honour, really. It was very, very nice.”

Explaining his decision to first visit Botswana, he said; “I first went over about twenty years ago by myself to see an old friend who was over there.”

The wedding was an experience in itself for Peter, although he has attended a number of weddings in Botswana down through the years.

Cattle, which are sacred animals, and money are used as a ‘lobola’ or dowry. If the family doesn’t have enough resources for the ‘lobola’, then relatives, friends and neighbours group together to pay for it.

The wedding ‘do’, Peter added, was all put together by the bride’s family and some local helpers, with the women spending 24 hours preparing for the wedding meal for 160 people.

Botswana is a country that Peter loves, and he holds a great amount of respect for the ‘lovely, intelligent’ people he has met, who always appreciate what they are given - whether its some money to help feed a family, or some school uniforms for local children.

“I bought some of the guys a push bike,” he revealed, “and they were over the moon”.

Their gracious spirit and welcoming nature shines through, according to Peter, despite the poor working and living conditions endured by many.

“The average wage, if you are one of the minority to have a job, is 1,000 Pula a month or 90 euros and they work seven days a week for that.

“Teachers even have to attend their school when children are on holiday so they are treated the same as other workers.”

Despite these challenges, Peter believes that we could learn many lessons from the people of Botswana, not least how to appreciate what we have and how to complain less!

“Everyone should go see how the rest of the world suffer. We wouldn’t be moaning about immigrants coming here,” he stated. “This world is just full of greed.

“It’s no good just taking everything out of the world. You’ve got to put something back into it.”