'The sky is the limit' for Longford editor in 2017 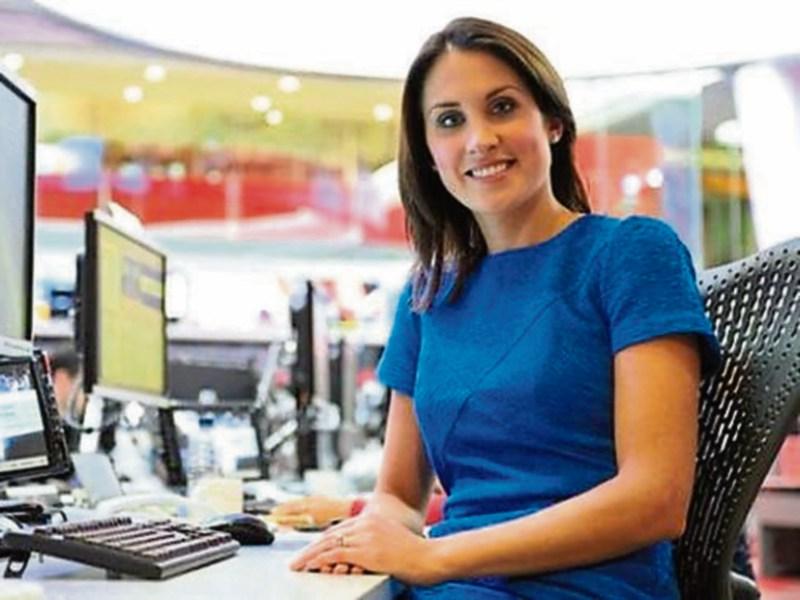 After a busy year, which saw her breaking Brexit news on the BBC, taking on the role of UK Editor at Mashable and heading up an RTÉ documentary entitled; ‘Cloud Control: Who Owns Your Data?’; Anne-Marie Tomchak (née McNerney) was only too pleased to enjoy a family Christmas at home.

“It was magic,” she exclaimed. “My nieces are old enough to understand Santa now, so there was an added element of excitement in the house.

“Watching their reaction to the ‘Elf on the Shelf’ in the run up to Christmas was priceless.

“For those who aren’t familiar, it’s another way for Santa to keep an eye on you to make sure you’re being good,” Anne-Marie explained. “The elf moves around lots of different locations in the house, so you never know where he’s watching you next!”

Anne-Marie’s husband David also joined her in Drumlish for what she described as “an idyllic Christmas”.

“I absolutely love coming back to Longford. My parents [Betty and Gerry McNerney] live about 10km outside of the town in the countryside so it is the perfect opportunity to wind down, do lots of reading, watch old movies, go for long walks and consume your body weight in chocolate.”

The phenomenal dinner prepared by her mother is another element of a Longford Christmas that Anne-Marie loves, along with the family fun of course.

“This year I spent a lot of time playing with my nieces - face painting and karaoke, while my mum and my twin sister, Sinead, took care of the dinner. Before dinner, my little sister, Clare, called over with her partner and their boys so that we could all exchange gifts and have some family banter.

“My family are all such dorks at Christmas time, but in a good way,” Anne-Marie laughed. “For example, we get such a laugh out of the cheesy jokes in the Christmas crackers and playing board games.

“And it wouldn’t be Christmas without the ‘After Eight Game’. My brother Paul is the undisputed champion.”

After a wonderful Christmas, Anne-Marie and her husband then  travelled to Scotland to ring in the New Year with his family.

Reflecting on 2016, Anne-Marie admitted that it was a memorable year in her professional life.

The first half of her year was spent at the BBC, where she has worked since 2010.

“The results came in while I was hosting a broadcast on the BBC Trending Facebook page.”

A new opportunity came in October, when Anne-Marie took on her role as the UK Editor of Mashable, a media and entertainment company.

Commending the company's talented journalists and content makers, Anne-Marie acknowledged that it was a very exciting time to take the reins.

“It was a remarkable time to lead the team during Mashable’s coverage of the election of Donald Trump and the aftermath.

“We do all sorts of other coverage too - particularly in the world of culture and entertainment. 2016 highlights included live interviews with Ricky Gervais and Louis Theroux.

“There’s never a dull moment,” Anne-Marie added. Words which rang particularly true during her move to Mashable, when she also presented a television documentary, ‘Cloud Control: Who Owns Your Data?’, for RTÉ.

Showing the ways in which data is being used - for better or for worse -  the documentary was extremely well received during its broadcast in November as part of RTÉ Science Week. It was also screened at the Cork Film Festival and Anne-Marie had the opportunity to take over RTÉ’s Twitter and Snapchat accounts during the broadcast, as well as enjoying a chat with former Westlifer and radio presenter Nicky Byrne on 2FM.

“We filmed in London, Vienna and all over Ireland – including Longford,” Anne-Marie continued. “On a personal level, hanging out with my dad and the crew on the family farm in Drumlish was definitely the highlight!”

Looking now to the year ahead, Anne-Marie’s main hope is for a happy and healthy year for all her friends and family.

“I’d like to continue taking everything in my stride and not sweat the small stuff.

“Regarding work, I have lots of exciting Mashable-related plans in the pipeline. Watch this space.

“It really does feel like the sky is the limit.”