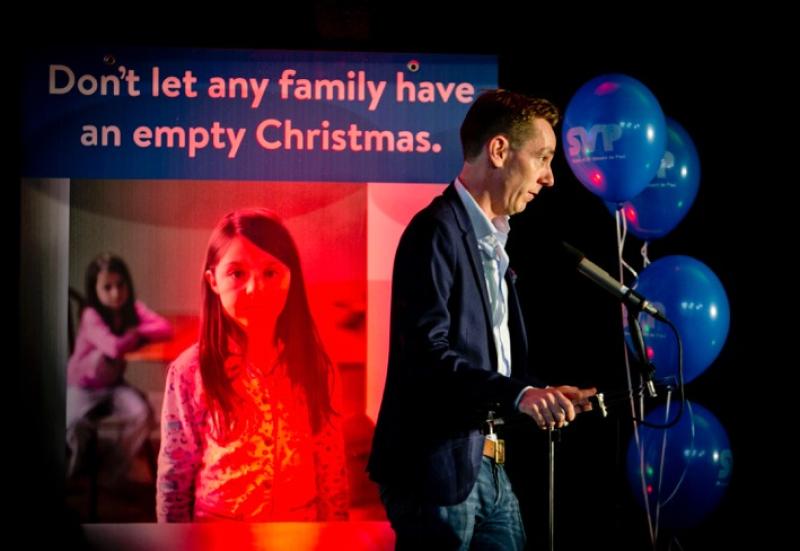 The Society of St Vincent de Paul (SVP) expects to receive over 50,000 calls for help in the run-up to Christmas.

“The level of help we can provide will depend on the generosity of the Irish people”, said SVP National Vice-President Kieran Stafford at the launch of the Society’s Annual Appeal this week (16 November 2016).

“While our immediate concern is to help families avoid an empty Christmas,” said Mr. Stafford, “our longer term focus is on helping families to break the cycle of poverty.

“Support from the Society is primarily given to help people through particularly difficult times, but we also work with families to avoid the same difficulties recurring through generations.”

The theme of the SVP Annual Appeal, which was launched by RTE’s Ryan Tubridy, is “Your yes can last a lifetime”.

A series of advertisements to highlight this message will be published during the Annual Appeal, which runs until the end of the year.

They are all based on real examples from the experience of SVP members visiting families in their homes.

One tells the story of Katie.

When Katie was 5, her mother got sick for two weeks. This led to two weeks without pay from her casual cleaning job.

The family fell behind on their rent. It was all the excuse their landlord needed to evict them.

Katie’s education never recovered from the many moves that followed.

When she started her own family, she had no qualifications and a low income. Putting food on the table soon became a struggle.

Another tells the story of Jane.

At 3 years old, Jane’s father began suffering from depression and this in turn led to alcoholism.

Her mother tried to look after the seven children but family life was difficult and it wasn’t long before they were in debt.

But without a family she could fall back on, times were tough. It wasn’t long before she was overdue on her first bill.

Kieran Stafford said: “These stories demonstrate how one problem can tip a family into a crisis. Most of those who seek the support of St Vincent de Paul are struggling week in and week out on a basic minimum income.

“It is when they encounter an unexpected cost or a period that requires higher spending, such as Christmas, that they critically need SVP.

The Society spends almost €35m per year on direct assistance. We help with the costs of food, energy, and education, as well as toys at Christmas.”

“We depend almost entirely on donations from the public and corporate supporters in order to be able to provide this help.  We ask people who want to support our work to please say yes to our Annual Appeal and give locally or online.” 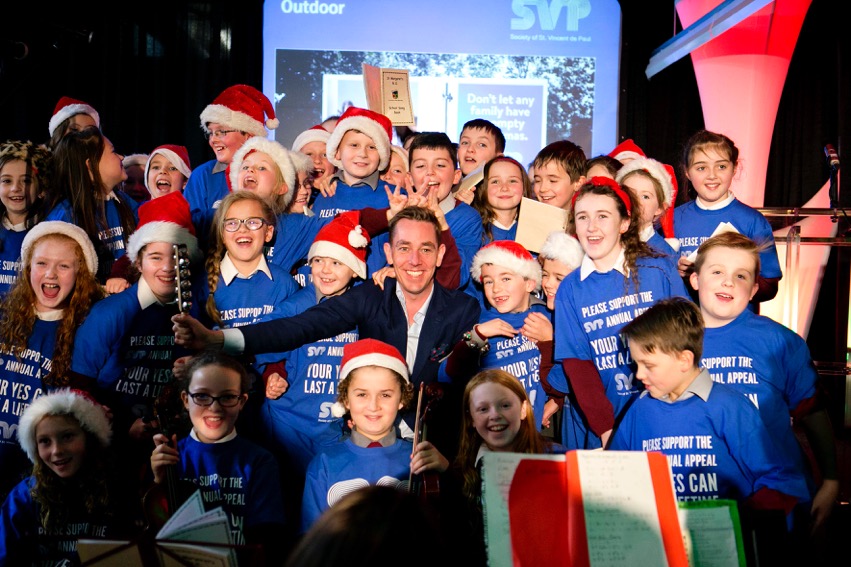 Nichola Mullen, Head of SVP Fundraising, said that in addition to making donations directly there are other options to support at www.svp.ie/appeal.

These include the Giving Tree appeal, the Food Appeal and a virtual gift store.

“Another way to support the campaign this year is to buy a copy of the RTÉ album ‘As Seen On The Late Late Show,” said Nichola, “the album features unique live performances from the show and all artists, labels and RTÉ are donating their profits to help the work of SVP.  The album is available in all good record shops and available for digital download.”

There is a diversity of organisations planning campaigns to support SVP

* The Aldi ‘Give a Gift’ for SVP campaign has started and will continue until Monday, December 12. Customers are invited to drop off an unwrapped gift at any Aldi store.

*  RTE’s album ‘As Seen on The Late Late Show’ is available in all good record shops and available for digital download..

*  There will also be Giving Trees in many retail outlets and offices around the country.