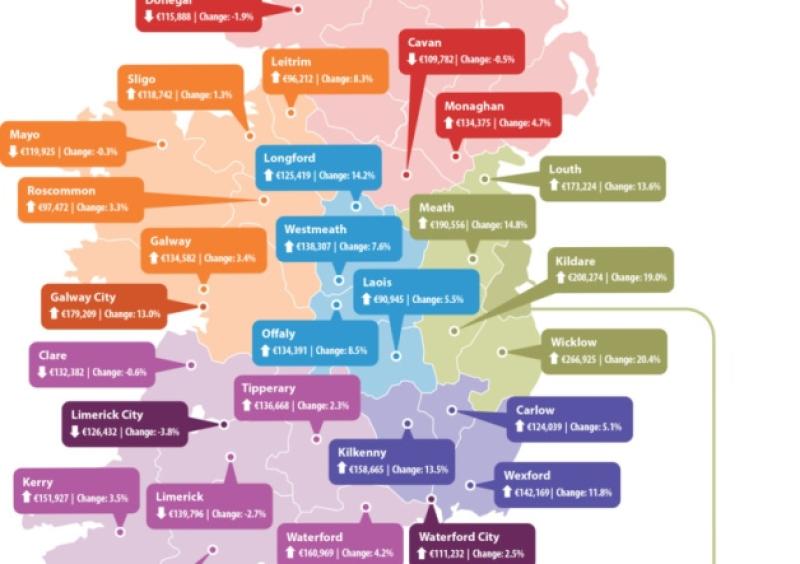 The latest house price report by property website Daft.ie claims that house prices in County Longford rose significantly over the course of the past 12 months.

The latest house price report by property website Daft.ie claims that house prices in County Longford rose significantly over the course of the past 12 months.

Prices in the third quarter of 2014 were 14 per cent higher than a year previously, compared to a fall of six per cent seen a year ago. The average house price in County Longford is now €125,000, which is14 per cent above its lowest point.

The report also surveyed the expectation of potential home buyers across the country, with respondents in Dublin expecting prices to continue rising over the next 12 months by an average of 12 per cent. This is the largest expected price rise recorded since the survey began in 2011.

Beyond the capital, expectations have also heated up, with prices expected to rise by around 6 per cent in 2015.

“The total number of properties on the market on October 1 was just over 30,000, the lowest figure since March 2007,” said Ronan Lyons of Daft.ie. “Across Leinster, and in Dublin in particular, supply shortages remain and this has helped push up values by a third in Dublin in just two years. The concern is that this supply shortage is now feeding into expectations. While price rises driven by shortages can be stopped by increasing supply, tackling price rises driven by expectations is significantly trickier.”