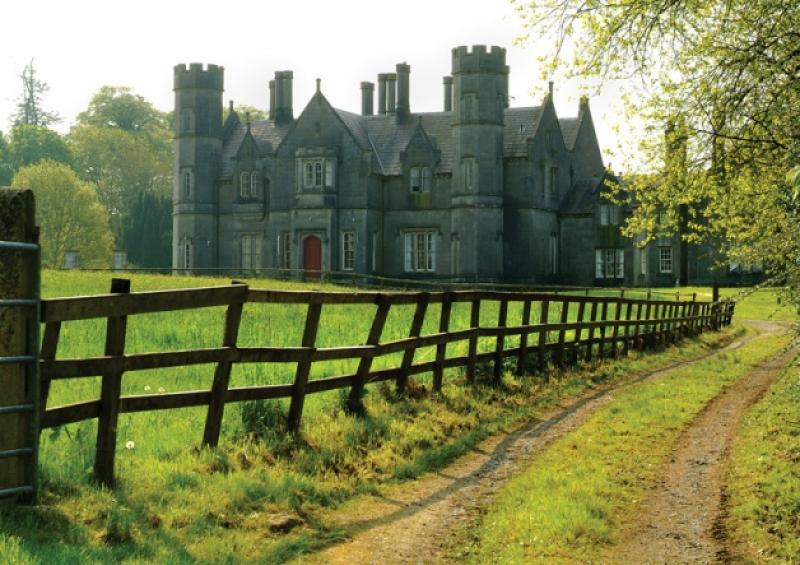 Carrigglas Demesne, the ancestral home of the Lefroy family, is to be sold by tender later this month after lying dormant for a number of years.

Carrigglas Demesne, the ancestral home of the Lefroy family, is to be sold by tender later this month after lying dormant for a number of years.

After the Lefroys sold the property, the manor house and the adjoining estate, which covers at total of 605 acres, were the subject of a development, which was never completed, which aimed to convert the site into an exclusive hotel and self-catering accomodation.

Now the walled estate, which is located approximately four kilometres from Longford town, is offered for sale in one lot.

Included in the sale is the manor house itself, which was designed by the famous architect James Gandon, who is noted for designing well-known structures such as Dublin’s Customs House and Slane Castle, and was completed in 1839.

Accompanying it are stables, courtyards, four gate lodges and a bungalow.

Also present on the site are 37 partly-built houses designed for short stay visitors.

There is significant historical provenance associated with the Carrigglas estate, which was home to many notable figures during its association with the Lefroy family, including Thomas Langlois Lefroy, a politician and judge, who is reputed to have been the basis for the character of Mr Darcy in Jane Austen’s ‘Pride and Prejudice’.

Lisney are the agents handling the sale, and, unless previously sold, the deadline for tender submissions is Thursday, October 31.

The property can be viewed by prior arrangement.