All set for Lord of the Dring Triathlon this weekend 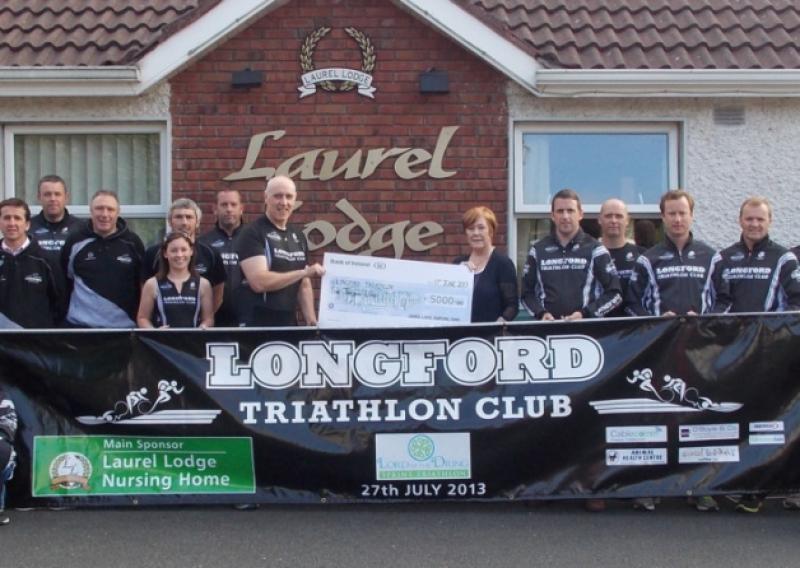 This Saturday, July 27, the Longford Triathlon Club brings the exciting sport of triathlon to north Longford.

This Saturday, July 27, the Longford Triathlon Club brings the exciting sport of triathlon to north Longford.

The Lord of the Dring triathlon, which is sponsored by the Laurel Lodge nursing home, is being hosted by Longford Triathlon club at Dring Shore in Mullinalaghta.

Over 150 competitors are expected to tackle the 750 –metre swim in Lough Gowna, the 20k cycle around the lake and the 5k run through Derrycassan Wood.

This is the first time that Longford Triathlon club has held a full sprint distance event and it has attracted the attention of clubs and athletes throughout the country.

As well as the sprint distance event there are also relay and Try-a-Tri options for those not yet up to taking on a full race. Teams are being invited to split the three disciplines into relays of two or three, while for those who want to sample the sport of triathlon there is a reduced swim of 200-metres ahead of the 20k cycle and the 5k run.

This event is a major undertaking for Longford Triathlon club and would not have been possible without the support of the club’s sponsors and the cooperation of the local community in the Dring area.

When plans for the Lord of the Dring were first discussed late last year, Anne and Eugene Watters from the Laurel Lodge nursing home kindly came on board with a generous sponsorship. This allowed the club to forge ahead and put together a top quality race plan, which has received sanction from the governing body, Triathlon Ireland.

Race Director, Sean O’Cealleagh said interest in the Lord of the Dring triathlon has been growing since the club’s recent aquathon was held at Dring Shore.

“There was almost 100 competitors who took part in the aquathon at Dring last month and there was a very positive response to the swim and run course. We can safely say that the route for the cycle will be just as challenging and rewarding for those taking part this Saturday.”

Entry details and all race-day information can be found at www.longfordtri.ie