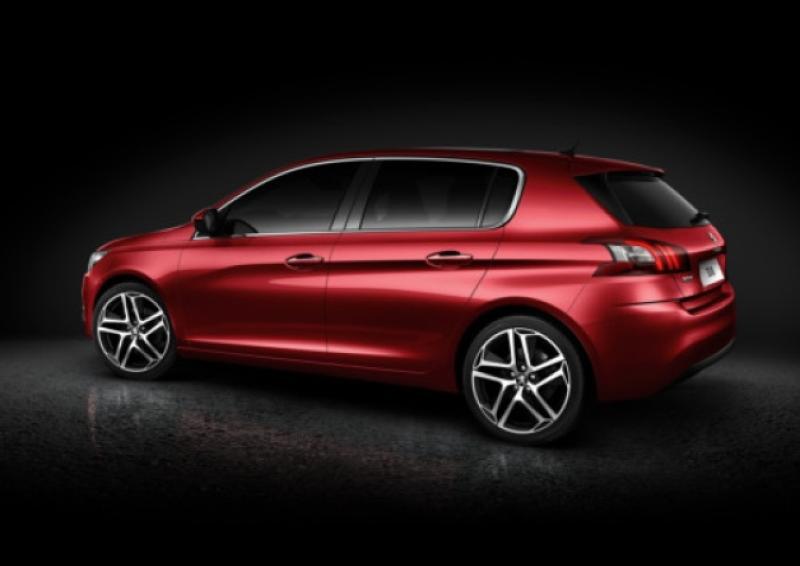 Peugeot has released the first images of its new 308.

Peugeot has released the first images of its new 308.

The new Peugeot 308 is a car that is destined to revitalise the brand’s position in the ultra competitive, compact family hatchback segment. Its world debut is planned for the Frankfurt Motor Show in September.

With its compact length of 4.25 metres and well-balanced proportions, the new Peugeot 308 projects a classy and sophisticated presence. The front is dominated by an evolution of the brand’s signature ‘floating’ front grille. Slim full-LED headlamps are standard on the majority of trim levels, to become a world-first in the segment. Three lion-claw LED lamps are housed at the rear.

The new Peugeot 308 is the latest evidence of the brand’s move up-market, an initiative started several years ago and seen most recently with the new 208 and 2008 compact crossover.

The initial design brief of the new 308 had the highest levels of quality at its core.

This ambition has guided the designers and engineers from the very start of the project. Every element, both inside and outside, has been developed and refined with exceptional attention to detail.

The choice of high quality interior materials and the satin chrome or gloss black detailing add to the feeling of sophistication and maturity in the car’s design and assembly.

Peugeot’s design and engineering teams have developed the interior of the new 308 around the concept of an i-cockpit. Everything is arranged for an experience that is intuitive, to allow the driver to focus entirely on the road ahead.

The compact steering wheel and head-up instrument layout mean that information can be clearly read easily and safely, looking over rather than through the wheel.

The highlight of the New 308’s generously spaced cabin is the 9.7-inch touch-screen interface, which removes much of the need for physical buttons and switches.

Setting a new size standard for the class, it brings together many of the infotainment controls in one place, for ease of use and to create a contemporary and uncluttered cabin.

“When inside the car, one discovers a world of refined style, completely original in the world of hatchback cars, with a cockpit that is intense, innovative and intuitive; it is the Peugeot i-cockpit,” says Vincent Devos, New 308 Product Manager, Peugeot.

Breakthrough engineering has allowed many of the vehicle’s major units to be reduced in size, cutting overall weight and leading to significant reductions in CO2 emissions; the new 308 has been reduced in weight by 140kg (average) compared to the current 308.

As a result, the new Peugeot 308 establishes itself as class leader in low-CO2, with one model offering CO2 emissions as low as 85g/km.

The new Peugeot 308 will make its world premiere at the Frankfurt Motor Show on September 10 when more information about this innovative new model will be released. Sales will start shortly afterwards in Europe. It goes on sale in Ireland from January 2014.