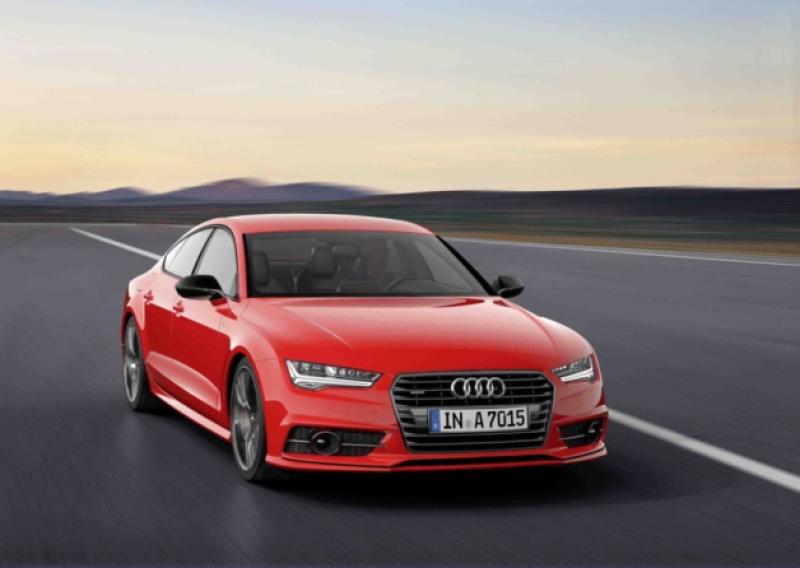 A new highly efficient V6 TDI ultra model is just one of the highlights of the new generation Audi A7 range, which has also been refreshed with new engine configurations, new transmissions, new headlights and tail lights as well as upgraded infotainment systems.

A new highly efficient V6 TDI ultra model is just one of the highlights of the new generation Audi A7 range, which has also been refreshed with new engine configurations, new transmissions, new headlights and tail lights as well as upgraded infotainment systems.

Arriving in Ireland in the latter end of 2014, the new generation A7 will be available with a choice of five powerful and highly efficient engines. The two petrol and three diesel units offer power outputs ranging from 218PS to 333PS, and comply with stringent EU6 emissions legislation. In the “ultra” version with 218PS and front-wheel drive, the 3.0-litre V6 is capable of returning an outstanding 60mpg, corresponding to CO2 emissions of just 122 grams per kilometre.

Audi Ultra is the umbrella term Audi use for all efficiency technologies and sustainability at Audi.

It can be particularly showcased by a co2 champion in each range which proudly wears the ‘Ultra’ badging. The top of the range engine, the 4.0-litre TFSI, is available in the Audi S7. It delivers 450PS of power and uses innovative COD (cylinder on demand) technology.

In the versions with front wheel drive, S-Tronic replaces the multitronic CVT transmission and has been fully redeveloped. For engine outputs of 272HP and above, quattro permanent all-wheel drive can be supplemented with the sport differential, which actively distributes power between the rear wheels.

With the introduction of the A7, Audi Ireland is introducing a new line structure to its C segment models. The popular SE and S Line versions will be complemented by a new SE Business line for the first time. Upgrades feature individual contour seats with electric 22 way adjustment finished in luxurious Valcona Leather, fine grain ash wood inlays, 4 zone climate control, MMI Navigation plus and 19” 5 V spoke alloy wheels.

The new Audi A7 leads the competition in terms of infotainment. The top system, MMI Navigation plus with MMI touch utilises the latest generation of the modular infotainment system. Its highlight is a powerful graphics processor from Audi’s partner Nvidia. Touchpad control lets the driver scroll and zoom in lists and maps.

Christian Gussen, managing director, Audi Ireland commented: “The A7 is a very important model for us and has been number one in its segment since its launch in Ireland in 2010.

“With these enhancements for 2015, I am confident we can continue to keep ahead of our challengers and maintain our position as Ireland’s number one premium car marque. The new A7 perfectly encapsulate what the Audi brand stands for – stunning design and performance which attracts new customers to the brand”