St Michael’s Road has been transformed from a dilapidated, tired and deeply problematic street into a sustainable home and community 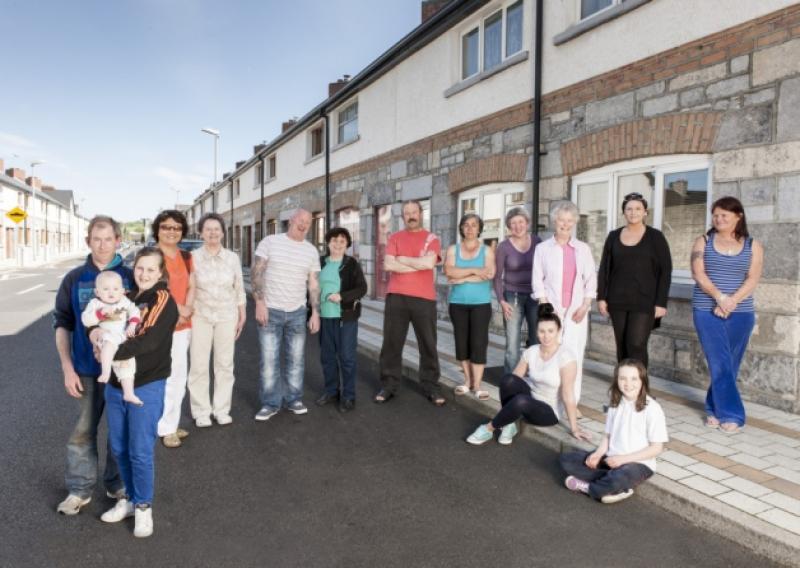 St Michael’s road in Longford is an exceptional project, which has been transformed from a dilapidated, tired and deeply problematic street into a sustainable home and community.

In 2007 Longford Town Council and Clúid formed a partnership to tackle the physical decay and social debilitation of St Michael’s road in Longford.

According to Clúid’s Regeneration Project Manager, Fiona Cormican the key to the success of this award winning regeneration project was the collaboration of those “who shared a vision for a better future”.

Ms Cormican said, “Longford Town Council and Clúid made the decision very early on that the best way forward was to include all stakeholders in the community in the process. The thinking behind this was a recognition of the contrasting needs of many groups of people affected by the decline of St Michael’s road.

“Older residents were living in deplorable conditions in tiny, damp 120 year old houses, many forced to sleep in their living room come kitchen because they were unable to climb dangerous stairs. Children were unable to play on the estate due to the heavy traffic. Local Gardaí were contending with illegal dumping in the alleyways behind the street. The town council was receiving regular reports of anti-social behaviour, and puppy breeding farms in the derelict properties.”

Representatives from the town council and Clúid began by knocking door to door to inform residents of the vision for St Michael’s.

Residents were invited to take part in a ballot to determine their opinion on the notion of a stock transfer to Clúid. An immediate clean-up of the estate followed.

Residents and Gardaí worked closely with Clúid and the Tidy Towns committee to prevent dumping and it was agreed with all residents to close the alleyways. A regeneration forum was established, consisting of tenants, owner occupiers, neighbouring estates, local councillors, Clúid staff, architects, local Gardaí and other local community representatives.

An intense series of design consultation exercises followed, providing all stakeholders with an opportunity to voice their concerns and suggestions for improvement.

Ms Cormican commented, “The people who were living and breathing a pre-regenerated St Michael’s road knew exactly what was wrong, and Clúid and Longford Town Council were ready to listen.”

She added: “This collective approach brought with it a range of experience and technical and practical knowledge and expertise which in turn steered towards an agreed plan for the re-development of the estate.

“Based on suggestions made by all stakeholders, the architects (Rhatigan & Company) returned with three design options and the regeneration forum decided which design would best tackle the physical and social issues in the estate. Longford County Council worked closely with Clúid to obtain the €6m funding (Capital Loan and Subsidy scheme approval €4.2m & Capital Assistance Scheme approval €1.8m) for the plan from the Department of the Environment, Community and Local Government.”

Today 37 households live on St Michael’s road - a beautifully designed, modern, yet traditional estate and a community that has been brought back to life.

St Michael’s road received the highest accolade at the ICSH Community Housing Awards this year in recognition for bringing back to life an urban street in Longford described in an independent evaluation as “irredeemable”.

Donal McManus, Executive Director of the ICSH describes the winner as “an exemplar to many other housing associations and local authorities across the country”.

Clúid is a not-for-profit housing association and since its establishment in 1994, it has made available a total of 3,664 houses and apartments, providing housing to low income families and single people, older people, people with a disability and Traveller families all over Ireland.