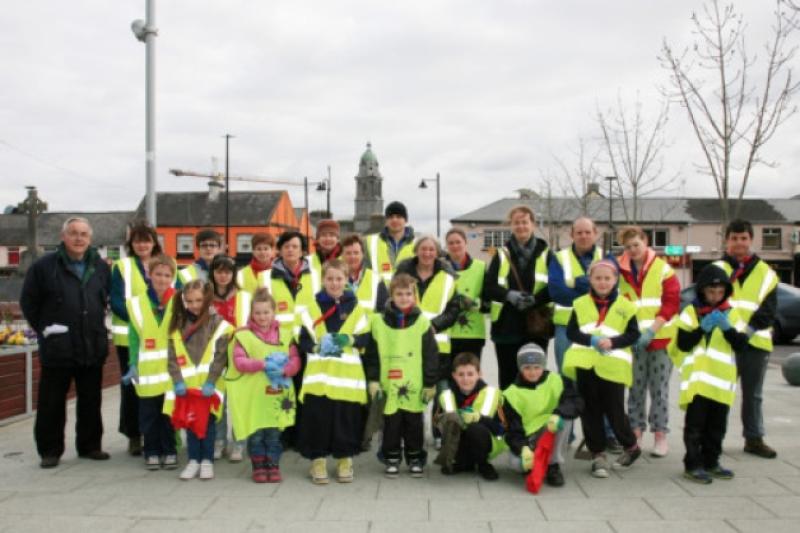 Irish Business Against Litter (IBAL) has called for the Government do more to encourage clean ups at major routes across the country following the launch of its 2013 litter league.

Irish Business Against Litter (IBAL) has called for the Government do more to encourage clean ups at major routes across the country following the launch of its 2013 litter league.

Longford town has seen its litter decrease and its position on the IBAL table increase over the past few years and with the overall results in for 2012, the town earned itself a very respectable seventh position out of a total of 42 towns and cities on the league table for last year.

Chairperson, Longford Tidy Towns, Andy O’Dowd pointed out that while the town’s placing was indeed “very respectable”, it was important to continue with the work that was being done and he encouraged more people in the town to support a litter free Longford.

“It is a good achievement, but we could not have done it without all the volunteers and the support that we got along the way,” Mr O’Dowd added. “We would be asking people to get behind us now, and to get behind Longford town and to keep this great momentum going.”

Indeed the IBAL awards were handed out just days after one of the largest ever clean-ups in Longford took place, when volunteers took to the streets with scrubbing brushes and sponges in hand to clean up the town.

After a disastrous showing in the IBAL in 2002 when Longford town was placed at number 29 out of a total of 30 towns and cities in Ireland, Mr O’Dowd and the Tidy Towns team knew that something had to be done, and done quickly, if the town was to save face in future litter free stakes. “We decided to put a five year plan in place and thank God, we have been on the rise ever since,” Mr O’Dowd continued. “I would say to business people and residents that we must keep going and people need to get out and about and make sure that there is no litter or illegal dumping in their areas. Also, it only takes a few minutes to sweep the footpath in your area and gather up weeds, chewing gum and cigarette butts; if everyone did their bit, the town would be spotless.”

Kilkenny was the cleanest town in Ireland last year, with Cavan in close pursuit and Killarney strongly positioned in third place.