Campaign to keep rural transport
at the heart of the community 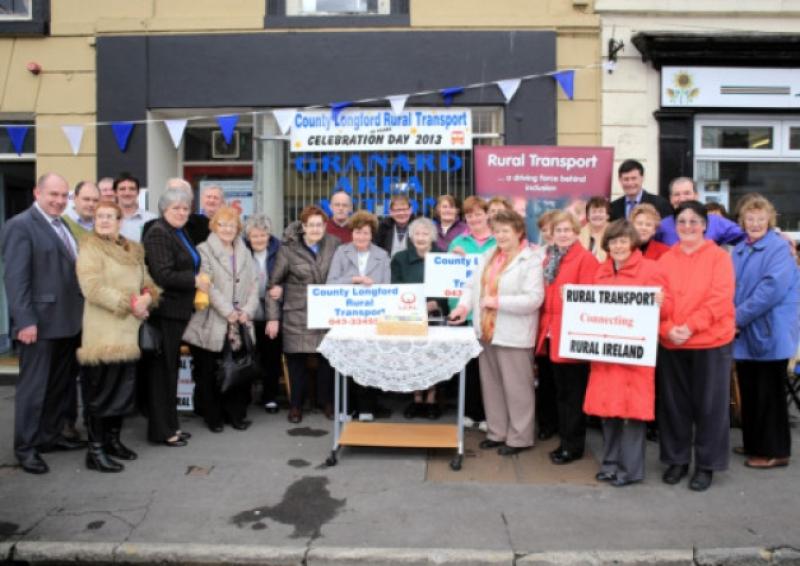 The Rural Transport Programme (RTP) was celebrated in style in Granard last Friday when the initiative celebrated its 10th anniversary in north Longford, writes Aisling Kiernan.

The Rural Transport Programme (RTP) was celebrated in style in Granard last Friday when the initiative celebrated its 10th anniversary in north Longford, writes Aisling Kiernan.

The event, however, was tinged with sadness, as representatives in the area began their preparations to meet with Junior Minister Alan Kelly this Wednesday in an effort to encourage the powers-that-be not to regionalise the programme.

As part of the regionalisation proposals, questions have been raised over the collection of passengers, and there are rumblings that point-to-point collection will be established, thereby eliminating the door-to-door collection service that is currently in place.

Mullinalaghta’s Liz Brady was the first person to avail of the RTP when it was established in north Longford in 2003.

“I remember the first day so well,” she smiled. “I was going to Cavan and needed to go to the post office for my pension. A friend of mine rang me and told me that the rural transport bus would collect me at my door and bring me to the post office – I couldn’t believe it.”

Availing of the service immediately, Liz has never looked back, and she has been travelling on the bus two or three times a week for the past 10 years, and is a regular visitor to Longford, Cavan and Granard.

“I don’t know what I would do without the bus,” she continued. “It has made such a difference to my life; I am out and about all the time. It gives me the chance to get dressed up and go to town, do the shopping and meet up with everyone. If it wasn’t for that bus, I would be left staring out my window.”

With a plan already in place to change the existing rural transport model, the idea of a point to point collection as opposed to door to door, simply does not make sense to the RTP’s first Longford passenger.

“If the Government expects us to walk to bus stops, it won’t work,” she said. “We are too old for that. There is no way that people like me could manage without the bus; we would end up getting isolated and looking out the window of our homes.”

Speaking to the Leader, CEO Longford Community Resources (LCRL) Adrian Greene said that the RTP in Co Longford was one of the most successful initiatives ever rolled out in the county, and alluded to the fact that he could not understand why the Government was intent on changing “something that works”.

“If it’s not broken don’t fix it,” he said, adding that point-to-point collection would result in rural isolation.

“It makes no sense to change the door-to-door service and we hope that when we meet with the Minister, we will be able to point out how necessary the service is to the people in rural areas who avail of it,” he said.

“The 10th anniversary of the scheme, and the celebrations here in Granard are very special. The scheme is providing transport to the people of Longford for the past 10 years; it is a service with a personal touch and that is what makes it work.”