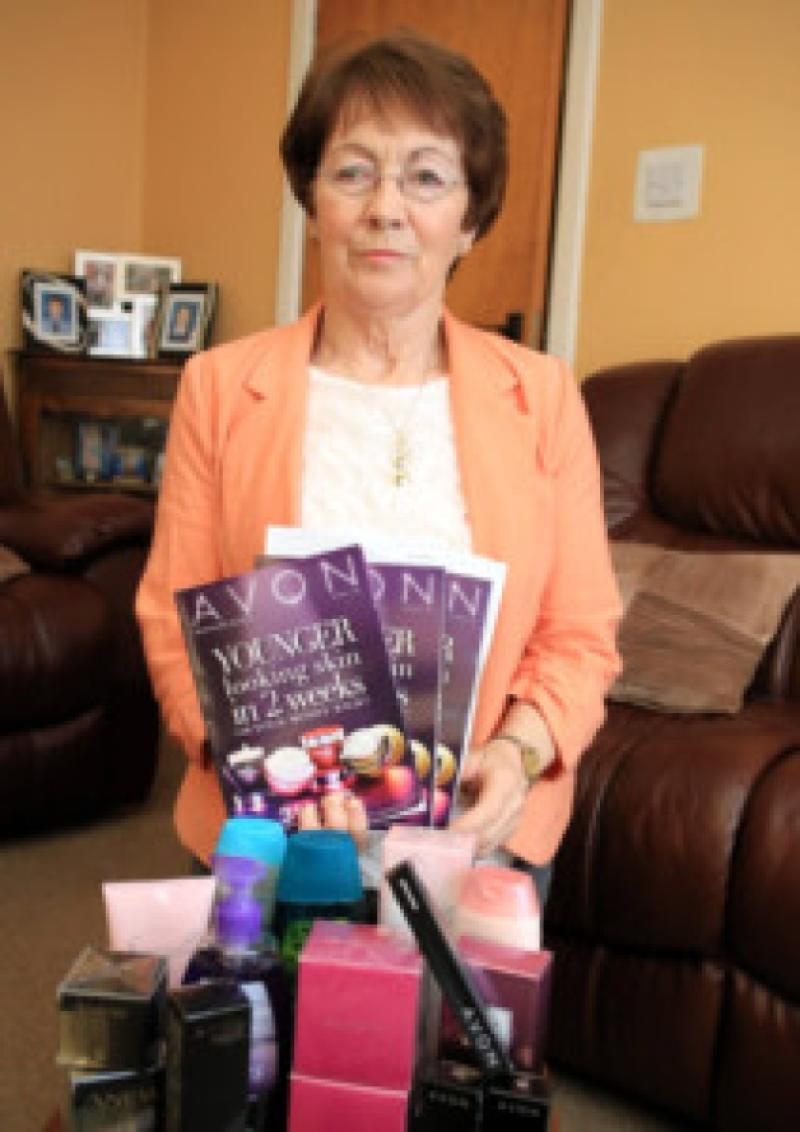 On a cold Tuesday morning recently when Avon Cosmetics announced that it was to cease trading in Ireland with immediate effect, Longford town Avon representative Ann Davis was going through her usual weekly routine.

On a cold Tuesday morning recently when Avon Cosmetics announced that it was to cease trading in Ireland with immediate effect, Longford town Avon representative Ann Davis was going through her usual weekly routine.

Not realising what had just happened, Ann was in the middle of registering her usual order when her area manager contacted her and said the company had just pulled out of Ireland.

“I just couldn’t believe it,” said Ann who has worked for Avon for the last 16 years. “We had no indication whatsoever that the company was pulling out of Ireland. I was there taking orders as usual and then my area manager contacted to me to tell me what had happened.”

Founded by a Cavan man, Daniel McCormack, in America 126 years ago, the Avon Cosmetics brand went from strength to strength and placed itself firmly at the top of the fashion world.

For Ann though, the lady who has been traipsing the high roads and by roads of Co Longford for the past 16 years fulfilling the orders of her 400 strong loyal customer base, the closure has come as complete shock.

“I am with Avon Cosmetics for 16 years and was one of their top sellers in Ireland for 14 of those years - I really loved it,” she smiled.

“I really got an awful shock when I heard the news last week. The first thing I did was to get back to my customers and try to let them know what was after happening. They too were shocked but also very supportive to me. People loved the catalogues and many customers found it ideal for purchasing Christmas gifts and presents for other occasions.”

For the Drumlish woman and the hundreds of Avon reps across the country like her, they are left with many unanswered questions.

“We had no idea that the company planned to do this,” Ann added. “Why did they allow us to make orders right up to the day that they pulled out? There has been absolutely no explanation at all from the company either.”

So after 16 years as th Avon Lady, what are Ann’s plans now for the months ahead?

“Well certainly in the short-term I will be spending more time with my grandson Dillon, in Dublin and, then in June I’m off to Australia to see my two other little grandchildren,” she continued.

“That is something that I am really looking forward to and then after that we will just have to see. Avon will be greatly missed in Longford, that is for sure.”

In a short statement on its Irish website, the cosmetic company said that customers with questions should contact their local reps and they should, in turn, contact their area managers.

“The withdrawal from the Irish market is part of a wider attempt to save $400 million by 2016, through the restructuring or closure of underperforming markets,” the statement read.