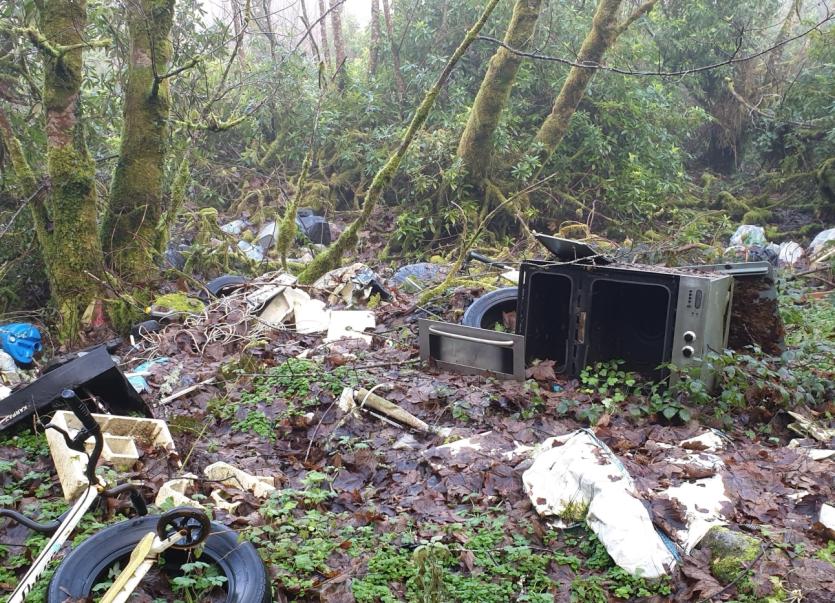 Dumping in a Coillte forest

Coillte has revealed the most commonly illegally dumped items to the nation’s forests over the past year include washing machines/fridge freezers, household waste, beds and sofas, household furniture and building rubble.

They also revealed that €2 million has been spent clearing this rubbish from beauty spots in Ireland over the last five years.

“The vast majority of visitors are respectful and bring all their litter home, which Coillte and staff on the ground appreciate enormously”.

"There is a small number of people who make the public roads and entrances to our forests unsightly, some of the rubbish is foul-smelling, attracts vermin and is a health and safety hazard for families, their children and their dogs”, according to Power.

Coillte has spent almost €2million to remove illegally dumped waste from its forests over the past five years. This material is often discarded at forest entrances or along the forest boundaries which makes it unsightly and unsanitary for visitors.

"Coillte takes the issue of illegal dumping extremely seriously and works closely with the Gardaí and the local council authorities to ensure offenders are prosecuted. In known blackspot areas, Coillte has increased its surveillance by deploying remote cameras to monitor illegal dumping activity and to help seek prosecutions," a statement read.

"Coillte encourages the public to report all instances of illegal dumping to the relevant Local Authorities immediately or contact Coillte directly via its confidential forest security hotline on 1890 800 455."

“We continue to welcome people to Coillte forests knowing they provide a much needed physical and mental boost for so many during Covid. We ask all visitors to the forests to bring home any litter with them - just like you were never there, “ said Power. “That way forests remain beautiful for everyone.”