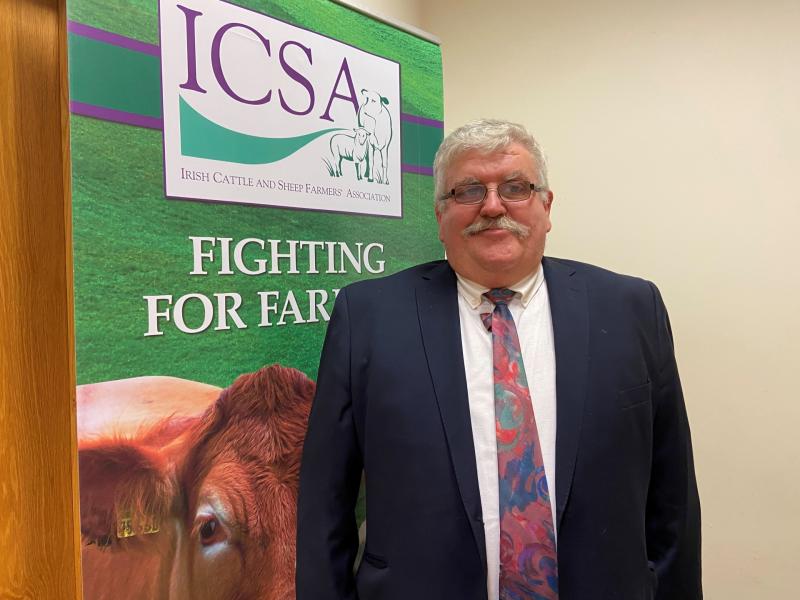 Following the announcement, Mr Kelleher said he was looking forward to the challenge of dealing with big issues like Brexit, CAP reform and the price of product. “I will be working night and day to make sure that cattle, sheep and tillage farmers get the best possible share of payments because they are, by far, the most dependent on them.”

Hailing from Inchigeela in West Cork where he runs a suckler enterprise, Mr Kelleher currently holds the position of ICSA vice president for Munster. He will take up his position as ICSA president at the association’s AGM in January.

Continuing Mr Kelleher said, “Brexit is on a knife edge and I will be fighting very hard to make sure that the cattle sector in particular gets fully compensated for the potentially horrendous losses. Even if there is a Brexit deal, the additional hold-ups in transport and extra red tape will add cost, and farmers must be compensated for this.”

“I am convinced that ICSA is the only organisation that has a consistent record in standing up for the cattle and sheep sectors. Other organisations come and go but ICSA has the contacts in Europe and the experience of dealing with government here. I want to unite all cattle, sheep and tillage farmers behind one strong organisation. There has been far too much emphasis on dairy expansion, and I want to balance the equation.”

“I am demanding a massive increase in the payment under agri-environment schemes. We want to see the budget for GLAS trebled in a new and much more ambitious agri-environment scheme that properly rewards those who go further for the environment. We cannot expect farmers to fund climate change and biodiversity challenges if they are losing money.”

“I will be fighting very hard to finish the job ICSA started when we looked for a regulator to oversee the beef food chain. The Food Ombudsman is a start but the office must be given the powers to investigate exactly what is going on in the food chain.”

“I intend to work very hard and I am determined to build ICSA so that we can achieve even more on behalf of all farmers in the cattle, sheep and tillage sectors.”