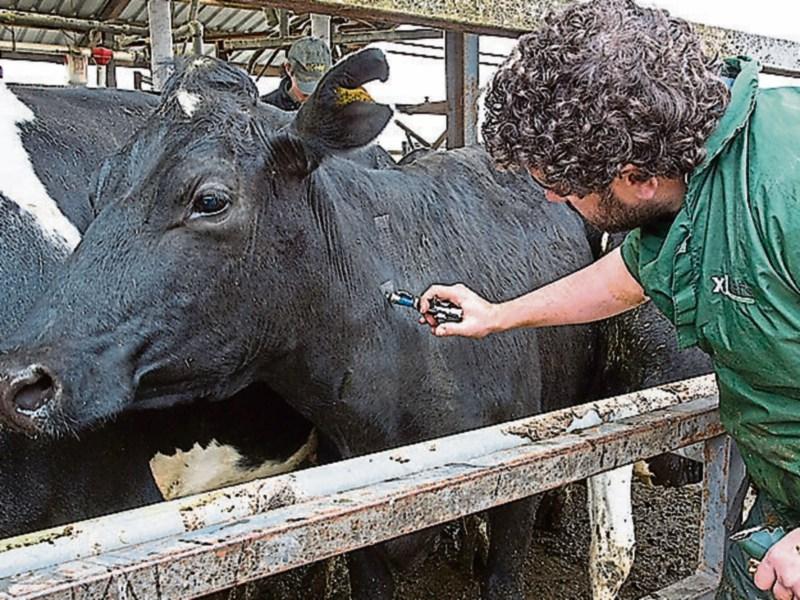 IFA animal health chairperson, Pat Farrell, welcomed the contribution of the Minister for Agriculture Charlie McConalogue to the TB Forum meeting today, and the interest shown by the Minister in attending the full meeting.

He said the Minister directed his officials to provide the Forum members with a draft TB strategy, and to initiate bi-lateral meetings with the farm organisations in particular as a matter of urgency, to develop an agreed approach in achieving the eradication of TB in the shortest feasible timeframe.

“This is an important first step, but the real work of agreeing a programme that reduces TB levels and the impact of controls on farms is only starting,” he said.

The IFA Chairman said the Department of Agriculture has also agreed to address the issue of the letters and blacklisting of farmers in these bi-lateral discussions.

IFA informed the Minister and the Forum members the letters and subsequent correspondence with farmers must be stopped immediately and a comprehensive programme to eradicate TB developed in agreement with farmers on the three key areas of Wildlife Control; on-farm investigation of disease outbreaks; and financial supports for farms under TB controls.

Pat Farrell said the objective has to be the eradication of TB in the shortest feasible timeframe, but this will only be achieved if there is buy-in from all parties.

“IFA will engage fully in the process set out today, but any attempts to steam roll measures or the new strategy on a piece meal basis will not be acceptable. All aspects of the new strategy must be agreed and implemented in unison,” he said.
ICSA Animal Health and Welfare chair Hugh Farrell has welcomed the reconvening of the TB Forum this morning (1 Oct) and the full participation of Ministers McConalogue and Heydon. “While this morning’s meeting was long overdue and there are many contentious issues yet to be resolved ICSA is committed to working in a collaborative way with all relevant stakeholders.”

Mr Farrell again condemned the issuing of TB Herd History Risk Statements and said, “ICSA made it very clear today that the issuing of these letters went way beyond what had been agreed at previous sittings of the Forum. We remain deeply dissatisfied with the way the Department has essentially taken it upon themselves to bring in herd categorisation by the back door, and in doing so, they have unleashed the potential for markets to be seriously distorted.”

Mr Farrell said the move by the Department has underlined the need for urgent reform of compensation measures. “Any form of herd categorisation will become a matter for compensation. It is not acceptable for the Department to follow a strategy to change the TB regime in line with their own wishes while ignoring all the requests put forward by farmer representatives. The changes made have all had a financial impact on farmers, and the fact that they have been done in advance of the substantive issues around compensation being resolved is grossly unfair.”

Mr Farrell thanked Minister McConalogue and Minister Heydon for their participation in today’s meeting and said, “Their presence underlined the critical nature of the issues at hand. It is now incumbent on them to ensure the TB Forum charts a way forward that is both effective in terms of TB eradication and sensitive to farmers’ needs.”