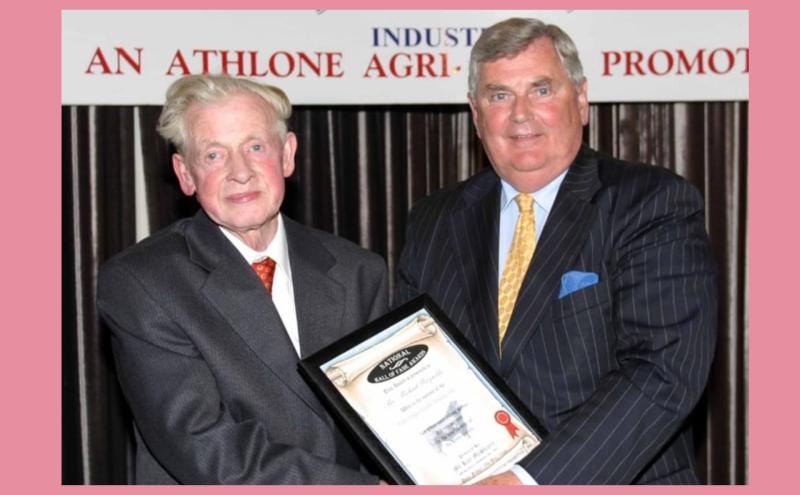 The death took place, peacefully, and in his 94th year, at Mullingar General Hospital after a short illness on Saturday, August 1 of Michael Reynolds, Bohey, Drumlish, Co Leitrim.

Michael was known country wide for his prize winning cattle. He bought his first pedigree Angus calf at the Carrick sales in 1960 and through good farm management and excellent breeding built up one of the finest herds in the country.

His ‘Bohey’ breed became world renowned and were bought by all top breeders in Ireland and abroad and were acquired by all the main A.I. stations.

A spokesperson for the society posted on Facebook and said: “It is with great sadness that we hear of the passing of long serving member and former council member Michael Reynolds, Bohey, Drumlish.

“Michael was renowned for producing quality Irish Angus cattle over the years, breeding various bulls that went forward to Al, bulls such as Bohey Judge, Bohey Colossal, Bohey Leo and most famously Bohey Jasper, who sired the most expensive Irish Angus animal ever sold at auction, the €31,000 Lavally Angie. Jasper has left an influential mark on the Irish Angus bred in Ireland. 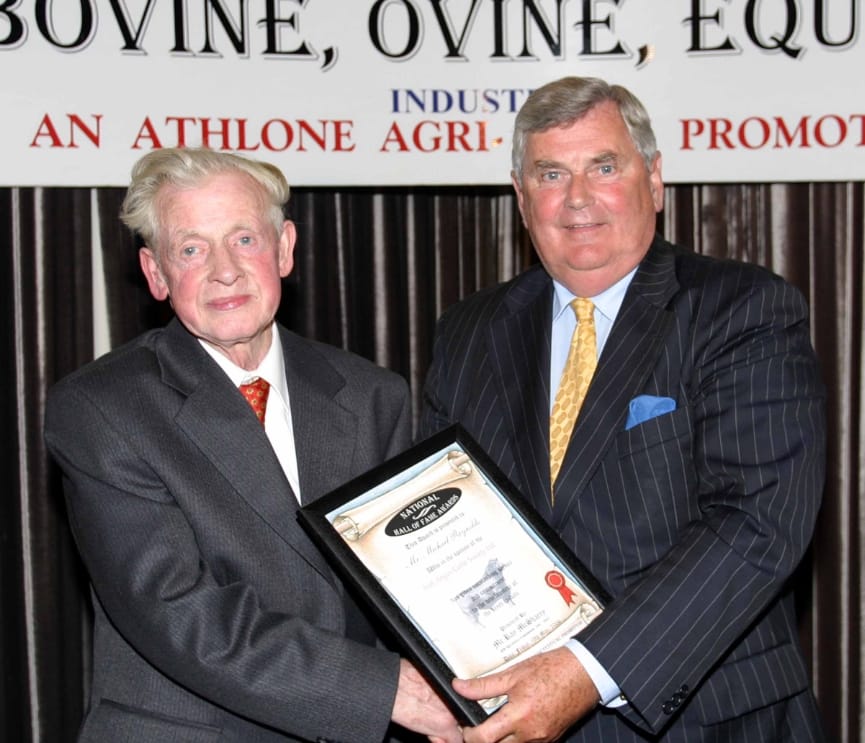 “In 2006, Michael was honoured with the Irish Angus hall of fame award for his long-standing contribution to the Angus breed.

“The council and staff of the Irish Angus Cattle Society would like to extend their deepest condolences to the Reynolds family at this sad time. May he rest in peace.”

Michael was blessed that he was able to continue farming until shortly before his death.

His remains were removed to St Mary’s Church, Gortletteragh on Monday, August 3 and his Funeral Mass was celebrated by Fr John Quinn.

Michael's nephew Tommy and his wife Angela performed the beautiful choir music and song at the service. They sang 'Lovely Leitrim' as their uncle’s coffin was taken from the church.

There was a Guard of Honour for Michael from the church to the cemetery comprising the Irish Angus Cattle Society, the Midland & Western Livestock Society, Mohill Show Committee, his neighbours and many friends. PHOTO: At the Irish Angus Cattle Society Elite Sale of Males and Females in Carrick-On-Shannon on Saturday, December 11, 2010, the Champion Bull was Bohey Fabian, bred by Michael Reynolds, Bohey, Drumlish and sired by Bohey Corporal. The late Michael is pictured above with David Faughnan (Handler) and Bohey Fabian Picture: Irish Angus Cattle Society

They came out to show their respect for this legendary cattle breeder and appreciation for all that he had given to the pedigree livestock sector.

He was laid to rest in Gortletteragh cemetery. We tender sympathy with the Reynolds and Hannify families, neighbours and friends, and with his fellow cattle breeders on their sad loss.

God be good to Michael and may he rest in peace.