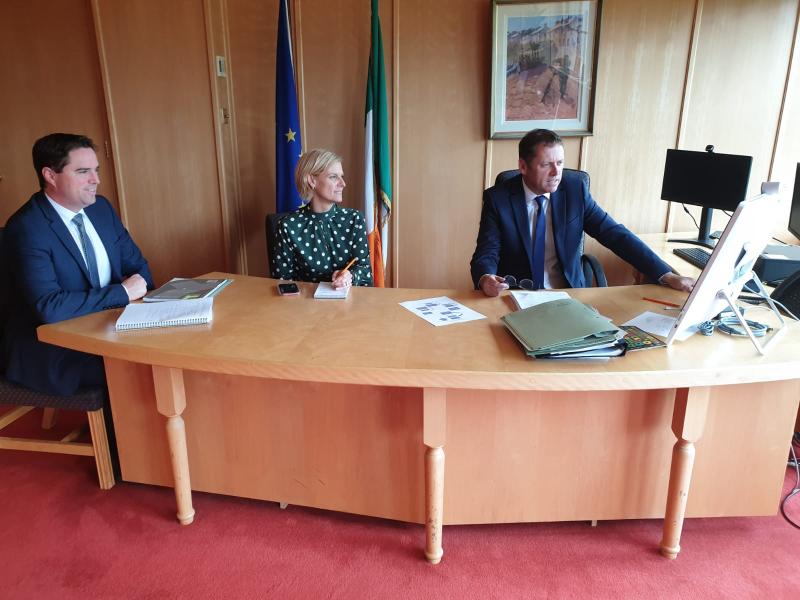 The discussions took place as part of a range of engagements by Minister Cowen with key interlocutors since taking office. The minister was joined by his colleagues, Ministers of State Senator Pippa Hackett and Martin Heydon.

Speaking after the conclusion of these engagements, Minister Cowen said: “I was very glad to have the opportunity today to establish contact with Commissioner Hogan and with Minister Poots. Brexit was, of course, a common theme of both discussions. I had a very useful exchange with Commissioner Hogan on the current state of play in the EU-UK negotiations, and took the opportunity to reiterate Ireland’s agri-food and fisheries concerns, including in relation to the potential economic impact post-December 2020, regardless of the outcome of the negotiations.

"Similarly, my conversation with Minister Poots was very constructive, and covered North-South trading arrangements post-Brexit, implementation of the Ireland/Northern Ireland Protocol and the prospects for the wider EU-UK discussions on the future relationship.”

The minister also had a useful exchange with Commissioner Hogan on the wider international trading environment, including on the need to be ready to respond to any market disturbance arising from the EU-Mercosur Free Trade Agreement, as well as to exploit opportunities created by market access developments in other FTAs.

On EU matters more generally, the minister took the opportunity to reiterate Ireland’s position that the achievement of increased environmental and climate ambition through the Common Agricultural Policy (CAP) must be matched by an adequate CAP budget.

Concluding, the minister said: “I found today’s discussions extremely productive, and it was also useful to have my colleagues Ministers Hackett and Heydon involved. We intend to continue this process of engagement over the coming days. Tomorrow (Wednesday) we will meet with my UK counterpart Secretary of State George Eustice, and on Thursday we will have separate discussions with EU Agriculture Commissioner Janusz Wojciechowski and with Irish farming and industry representatives.”