Ballymahon mart about to celebrate sixty years of thriving trade 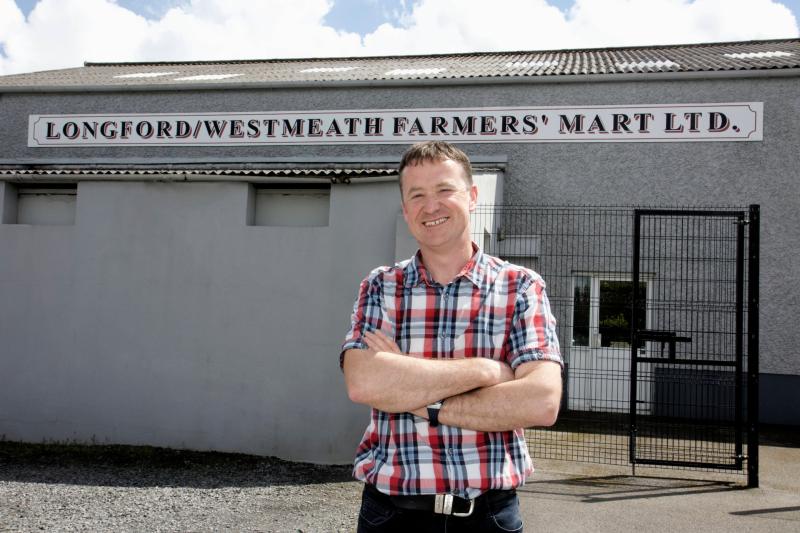 It may seem surprising, but this coming April, 2020, Ballymahon mart will celebrate sixty years of business.

Having been first established back in April of 1960, Longford/Westmeath Farmer's mart, otherwise known as Ballymahon mart, has since become a focal point in south Longford and surrounding areas. The mart was first founded by a group of local stakeholders, all of which came from a strong farming background. This included local names such as Paddy Donnelly, Christy Roche, James Delaney, George Mears, John Sammon, Eunice Kenny and Michael Kenny.

They decided to embark on the new venture, as they felt the time had come to transition away from the old traditional fair day, where animals were sold on the streets of Ballymahon and other towns and villages throughout the country.

Former manager of Ballymahon mart John O’Hanlon, previously explained to the Leader, “They got together in the late 50’s and it was eventually established in 1960.

“At the time, there were a lot of buyers coming over from the UK and Scotland. A modern method of sourcing and trading cattle was needed.

“These lads saw the opportunity and jumped in and set up a limited company. It has been trading ever since.” he continued.

The first ever sale at the mart took place on April 13, 1961, and soon the establishment became a fundamental part of life in Ballymahon. It not only helped increase business in the town, but also helped promote the further regeneration of Ballymahon.

John explained, “At the time it was a seismic shift from the traditional way of doing business.

“Traders in the town would have welcomed the move really, as it was taking all of the cattle and sheep away from out in front of their doors and they still had the custom because people still went into town after the mart.

“It would have brought a lot of business to the town over many, many decades. It certainly consolidated Ballymahon as a trading town.”

Over the years, many nearby marts began to cease operations, such as Edgeworthstown and Moate, however, Ballymahon only grew bigger and bigger, with people travelling from all over to buy and sell top quality stock. To this day, it remains the same and has garnered a fantastic reputation in farming circles, with the team trading an average 14,000 head of cattle each and every year.

Daisy’s kitchen, the onsite restaurant, has also developed quite the reputation as the go-to place to eat in Ballymahon. All of this success is mainly due to the committed team behind the operation. The company itself is run by five directors on behalf of the 51+ shareholders, while Lily Trautt holds the role of both secretary and assistant mart manager.

Lily has been involved in the mart since her schooldays, a significant feat in itself. The team is also bolstered by two ‘top class’ auctioneers, Denis O’Rourke and Larry Gilligan.

John O’ Hanlon said of Lily's role: “She would be more suited to running a big Multinational Corporation.

“We have staff here for many decades who have always remained incredibly loyal to the company.

“When you have good auctioneers and a good trade, there is a great energy around the ring,” he said of Denis and Larry.

Another milestone met by the team at Ballymahon mart, is that they were one of the first marts to bring themselves into the 21st century, with the live-streaming of sales through Farmers Forum.

Although facing the issues of rising insurance costs and increased competition from online sales platforms, Ballymahon livestock mart continues to thrive and long may it continue. Here’s to another 60 years around the rings!

Also read: Marts to remain open but with ringside restrictions