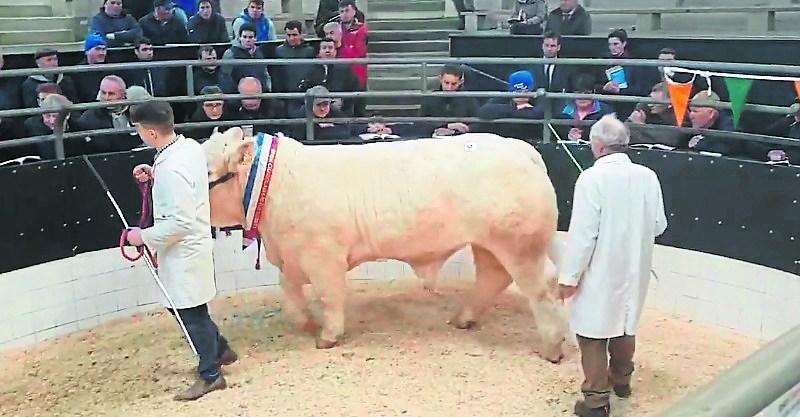 A bull owned by a Longford farmer changed hands for €15,000 at a recent mart held in Elphin

A bull owned by a farmer from Co Longford, sold for a huge figure at the recent Irish Charolais cattle society premier show & sale, Elphin mart on Saturday, March 14.

Despite quite a low turnout of farmers at the show and sale due to Covid-19 fears and advice from mart staff prior to the event, a bidding was soon ensued once breeders caught a gaze on the bull named Junior champion on the day.

The bull, Lot 52 Noble Prince, was owned by Edgeworthstown farmer Harry Noble and was shown on the day by local stockman Conor Craig.

The bull is rated 4 star on both replacement and terminal indexes across all breeds and subsequently sold for a whopping €15,000 prize following a flurry of bids.

The January 2019 born bull, which was sired by Thrunton Fairfax out of Dam Noble George 1, achieved the best price of the sale.