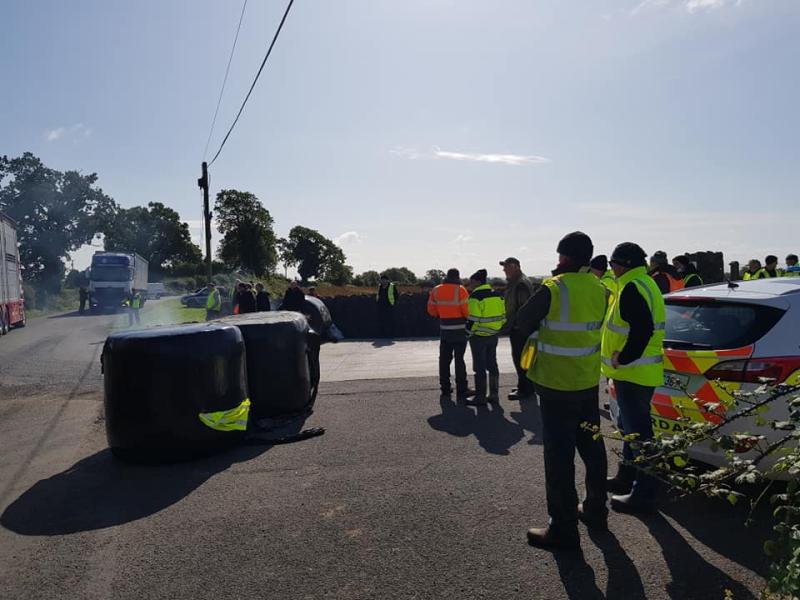 Farmers in protest at Slane

The Dawn Meats Factory outside Slane in County Meath is to close at 6pm tomorrow, Friday September 6, in an agreement made with farmers this morning, September 5.

Aontú leader and Meath West TD Peadar Tóibín, who witnessed the agreement, stated: “This morning a deal was agreed in Meath between factory management and farmers. It consisted of the following: all of the trucks with cattle waiting to gain access into the factory would be turned around and sent home.

“This is good news for the farmers. They have achieved a significant goal. There now needs to be urgent talks involving all the stake holders in the supply chain from farmers, to factories to supermarkets."

Mr Tóibín said the government must now 'get real'.

He said: “The government also must get real. I spoke to a senior Fine Gael TD this week who said that the farmers' objective of achieving more than €4 a kilo was unrealistic.

"This means that there are still some in government who believe that beef farmers should be providing beef at a below cost price to an industry that is making hundreds of millions of euro in profit. This is unsustainable and unjust. It will mean that farmers will be pushed into poverty, debt and off the land.

"I have been asked by the beef farmers in Slane to represent them at the any round table negotiations that are taking place next week. I will be happy to offer any assistance I can. But, the bottom line must be a fair distribution of the income of this industry. A price must be achieved that allow farmers to make a living and raise their families. I am acutely aware that factory workers will suffer due to this.

"It is critical that the government ensure that they are supported during this crisis." he concluded.

Dawn Meats issued the following statement on proceedings at Slane, confirming the agreement made: “We were disappointed to find protestors illegally blockading the plant this morning.
“Due to concerns about road safety - given the presence of protestors at the gate - we agreed to divert cattle due to be delivered for processing today. In turn the protestors have allowed the safe exit of lorries to deliver beef to customers.
“The plant was not scheduled to process cattle tomorrow.”
Dawn Meats say they hope planned talks on Monday, September 9, will lead to a resolution.
“We hope that planned national talks on Monday, which are due to happen on the basis that all blockades will be stood down, will provide a mechanism to resolve the situation.”