Thousands on offer for exhibitors at Longford Show 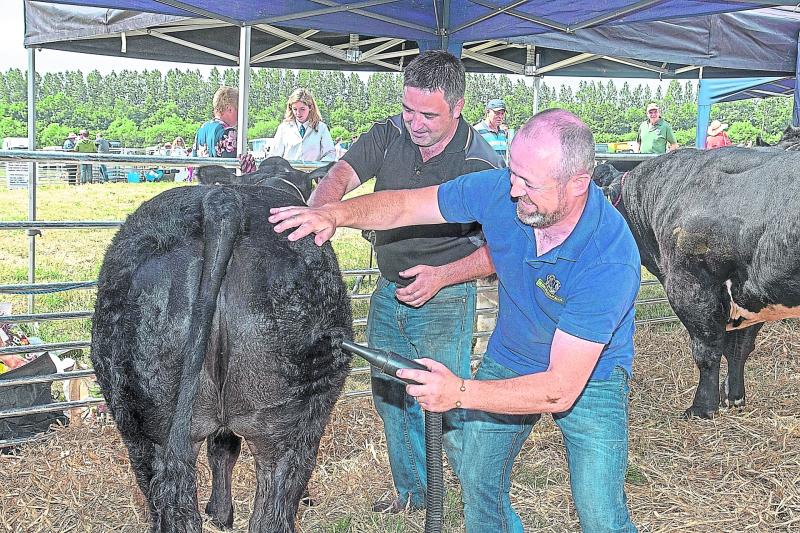 The Longford Agricultural Show and country fair has become well established as the go-to show, for livestock enthusiasts of all sorts.

This year’s show has a total of 46 equine classes, with Ring 1 playing home to young horse classes, registered brood mares and foals and Irish draught classes.

Judging commences from 11am sharp on the day with an entry fee of €10. No late entries will be accepted on the day and all exhibitors must wear their number clearly. For all classes, unless stated otherwise, prizes for first places if €80, second - €50 and third - €35.

In the cattle section, there are in excess of 50 classes at this year’s show, with judging commencing from 11am sharp. Prizes are €60, €40, €30 for first, second and third place respectively, unless otherwise stated.

The entry fee is set at €10 for all breeds, apart from Hereford classes which are set at €12 per class.

Classes will feature breeds such as Friesian, Dairy breeds other than Friesians, Pedigree Hereford, Pedigree Angus, Pedigree Simmental, Pedigree Charolais, Pedigree Limousin, Belgian Blue and other commercial cattle. They are sure to demonstrate competitive show action in all of it's glory.

A new class introduced this year is the All Ireland baby beef animal (stock haltered), which has a prize fund of €1,000. Also with a prize fund of €1,000 is the Co. Longford Paul & Vincent All-Ireland Hereford Bull Calf Champion and the County Longford Flynn & Lynch All-Ireland Hereford Heifer Calf Champion classes, with first prize in each class taking home a €350 cash prize.

The Aldi/ABP Irish Angus All Ireland Bull Calf championship qualifiers will also take place at the Longford show and country fair, with the entry fee for the qualifying rounds set at €20.

However, should you reach the final, there is a total prize fund of €27,000 on offer.

Another one to look out for is the Limousin Champion of Champions qualifiers, with the winner taking a spot at the finals in Trim later this year.

Other livestock sections include 24 sheep classes, featuring breeds such as pedigree Texel, pedigree Charolais and Pedigree Suffolk, while there are also 4 goat classes in total.

There will also many food-related sections for those culinary and green-fingered enthusiasts, with 28 cookery classes, 4 eggs classes, 4 honey class and 18 fruit and veg classes in total, including the Bord Bia All Ireland Quality Potato championship.

The entry fee for many of these classes is set at €3 and other sections include turf, farm and garden produce, jams and chutneys, flowers, country crafts and house industries, while there are also three special needs sections.

For those with a creative eye, why not try your hand in one of the 29 photography classes in Lisnamuck this year. There are competitive classes for both adults and kids of all ages.

For further information on any of the competitive classes in this year’s show, visit the official website at www.longfordshow.ie.