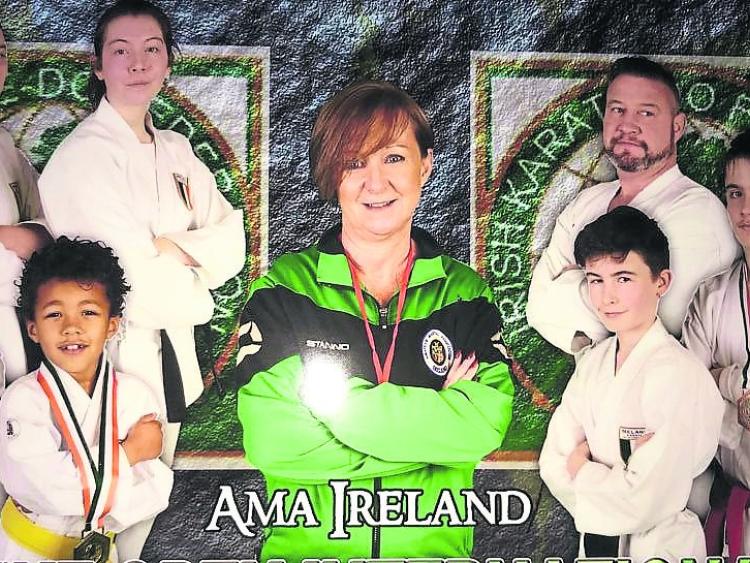 Members of AMA Ireland, pictured to the left, will be in attendance at this year's show, offering people an insight to life as a karate master.

Step forward representatives from the Amateur Martial Association Ltd (AMA), who will make their maiden appearance at the event.

During the course of the show, with the AMA represented Newtownforbes & Kilglass Karate club students, attendees will be provided with top-class martial demonstrations AND free classes.

What better way to learn the art of karate than from a club, Newtownforbes & Kilglass Karate club, who have competed at both national and international level for the past number of years.

They even recently won two gold and two bronze medals in Manchester, while competing at international level.

The club itself has been in operation for the past ten years and currently boasts students of all ages in their ranks. For anyone who would like to try their hand at some karate chops, take a trip down to the Longford show, plus did we mention it’s free!

Any enquiries about the club itself can be made to Ann Devlin of Newtownforbes and Kilglass Karate at 087-9248816 or on the day.

Along with this new addition, this year’s event will feature a FREE super raffle!

Featured prizes include a hamper, gammon and a box of Hereford prime, to name a few. The top prize for the raffle is a two night B&B plus one evening meal at the Lough Allen Hotel in Drumshanbo, Co Leitrim.

Entry forms to put your name in the hat and be in with a chance of winning, can be found to the back of each show catalogue. The draw will take place on the showgrounds at 3:30pm, with prizes to be presented on the day. You have to be in to win!