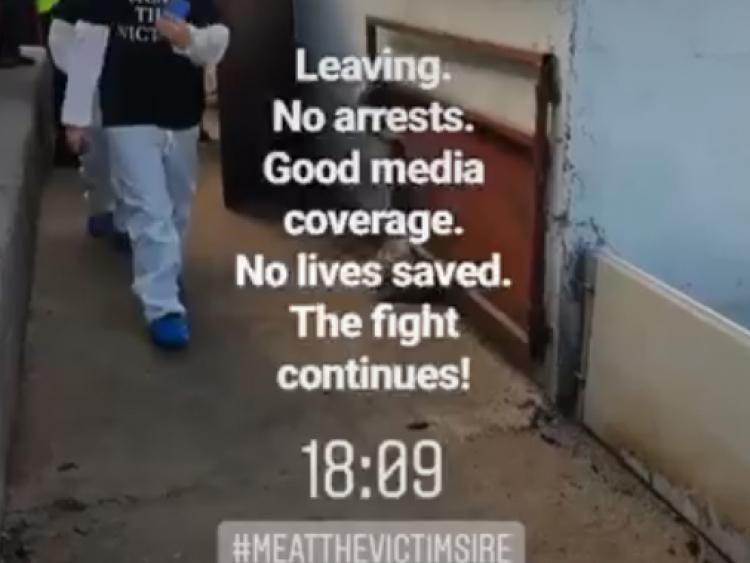 A group of animal rights activists belonging to the Meat the victims Ireland group, took to a pig farm in Co Westmeath earlier today, Saturday June 29, to host an unauthorized peaceful protest.

A group of up to 30 people broke into the farm in a bid to raise awareness of animal rights. Many members of the group made their way into some of the many production units on the farm to take pictures and videos of the animals.

Garda were alerted to the situation and arrived to the scene at approximately 1pm. The activists finally left the farm after a seven hour occupation.

The group had aimed to negotiate the life of one of the animals, though were unsuccessful in their attempts and were told to leave.

After footage emerged of the incident, IFA Pig-Swine technical advisor and secretary of the Irish Pig Health society, Shane McAuliffe, condemned the group for the sit in protest.

He criticized their lack of concern for the welfare of the pigs.

"Very saddened and upset to see a group of vegan activists, from all corners of the world, breaking into a pig farm in Westmeath today and holding a sit-in protest." He said.

"A serious breach of animal health and welfare.

"The farmer can now feed the pigs that have been without food for the last few hours, provide any routine medical treatment that he was unable to administer to the pigs and also assess any stress related injuries or deaths that have been caused by these people." He added.