Lanesboro farmer honoured for dedication to the show circuit 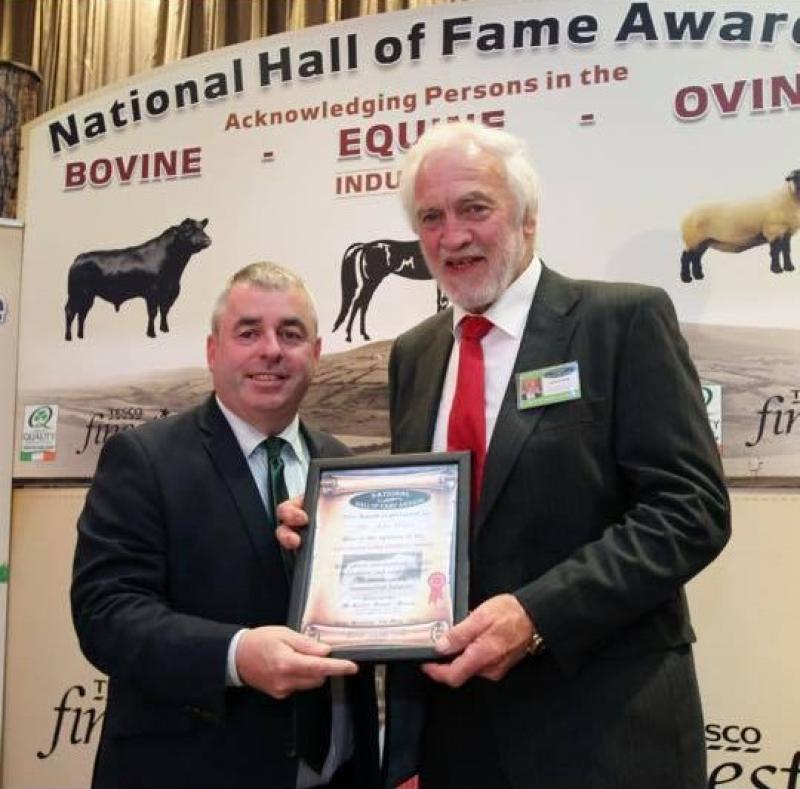 Lanesboro farmer John Clyne was honoured at a ceremony in the Sheraton Hotel Athlone on Sunday, May 5.

John was in attendance on the night to receive the National Hall of Fame Award on behalf of the Commercial Cattle Exhibitors Society for his passion and dedication to the industry. John, who was born and raised on a family farm in Derrygowna, Newtowncashel, has long been involved in the cattle showing industry and first moved to Lanesboro after starting with the ESB in 1965.

Husband to the late Hannah and father of four adult children, Louise, David, Ronan and Gillian, John first became involved in commercial cattle exhibiting after attending a show in Gort mart in 1998, where he purchased his first-ever show animal, a Charolais crossbred bullock.

The first show John then exhibited at was the Mullingar show in Co Westmeath and since then, John has become synonymous with commercial cattle showing. A long-time GAA enthusiast, John played for his beloved Newtowncashel, where he claimed the senior championship title on four occasions (1977, 1983, 1984, 1986). This success, he subsequently transferred over to the show circuit.

John’s proudest moment on the circuit was in 2017, when he claimed the Moyvalley Meats €2,000 commercial factory bullock class title at the National Livestock show in Tullamore. John has continuously shown cattle through the years, attending shows such as the Winter Fairs in Carrick-on-Shannon, Roscommon, Roscrea and throughout the country.

John is a long-time member of the Commercial Cattle Exhibitors society and such is the standard of his stock, they have been displayed at the National Ploughing Championships on many occasions.

John was nominated for the National Hall of Fame award for his honesty, integrity, dedication and long term commitment to the industry and passion for exhibiting cattle throughout the years.