Longford Leader Farming: Try cultivating your mental wellbeing as well as the land 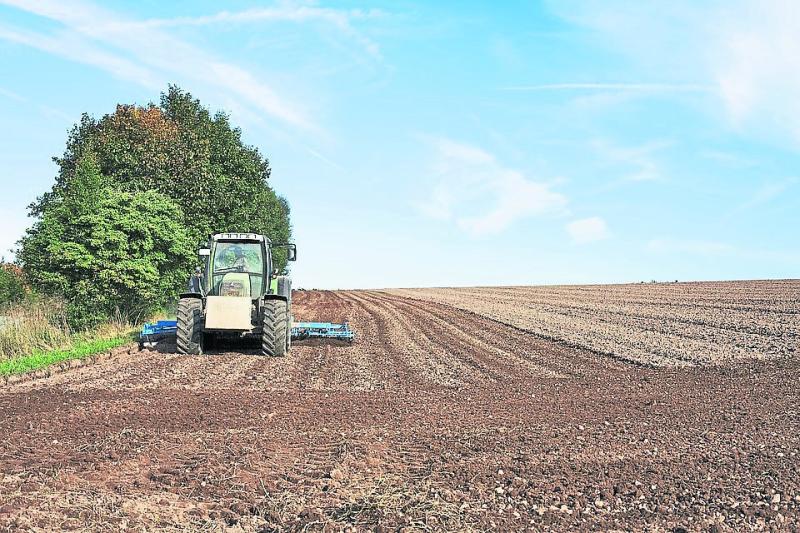 Growing up in North Longford, farming was very much part of the community and remains so. As a youngster, a typical farmer for me would be a man big in stature, shovels for hands, someone who could eat a dinner the size of a small country and wash it down with a gallon of milk. Strong as an ox inside and out.

But here’s a newsflash: farmers are people like the rest of us - people who like spending time with their families, watching television, meeting friends, or reading the newspaper.

They are among the hardest workers in Ireland. A sixteen hour day is not unusual and the impact of such a workload can affect not just their physical wellbeing but also their mental health with the added strain possibly leading to depression, anxiety and other physical and mental challenges.

I spoke to several farmers while researching this article and one of the most common issues raised was isolation. As well as long unsociable hours farmers can have little human interaction during a working day.

Modern day rural Ireland is changing regularly with communities and villages no longer the busy social hubs they once were.

So it is not unusual for a farmer to work an entire day without meeting another person. There is also emotional strain, with many farmers working from sunrise to sunset and later. In that scenario they are becoming like passing ships in the night with their loved ones.

Such Isolation can become a serious problem. It can lead to loneliness and possibly depression. Self esteem can be impacted too and it is also shown that isolation affects the body at a cellular level. It can lead to fight-or-flight stress signalling, which disturbs the production of white blood cells, vital for maintaining a healthy immune system. Loneliness can raise levels of the stress hormone cortisol thus raising blood pressure.

Recently, stigma surrounding mental health has started to change, albeit slowly, as people talk about and learn more about mental health difficulties. However when it comes to the farming community, stigma and shame is still very relevant.

I spoke with Finola Colgan from Mental Health Ireland on the subject of how farmers talk about mental health.

Mental Health Ireland and Teagasc have produced a fantastic publication called ‘Coping with the pressures of farming’ in which they address the many and varied issues that contribute to stress when not properly handled. It’s available on both the organisations websites (mentalhealthireland.ie / teagasc.ie)

Farming can be isolating and lonely but it’s important farmers remember help is available inside and outside the industry and they should never feel afraid to ask for it. It is also important for friends and family to be prepared to be good listeners.

Maybe we all share to some degree my childhood stereotypical vision of a farmer as a strong silent type.

But it’s important to remember that they are human like the rest of us. And as humans we’re all susceptible to mental health difficulties. Farmers should understand they’re not alone or unusual in this.