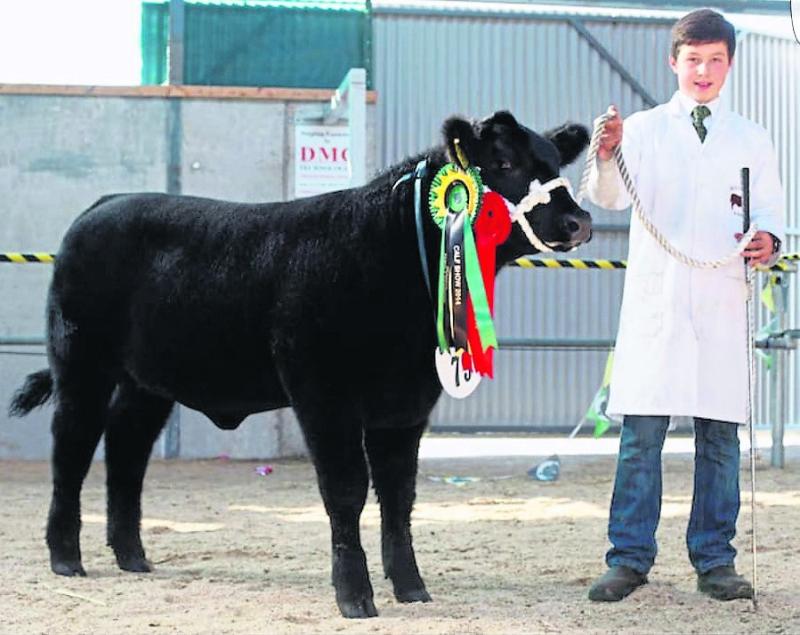 At just 18 years old, Conor Craig has already achieved more success than most ever would hope for on the livestock show circuit.

A native of Coolarty in Edgeworthstown, Conor hails from a strong showing pedigree, with his grandfather and parents having both showed in the past.

His grandfather, John Bogan, was the man responsible for the formation of Millbawn Angus, the prefix under which Conor now runs his successful herd.

“My grandfather was the one who got me into showing. He used to run a Pedigree Angus Herd, but retired out of it. Then we got back into the Angus cattle together.”

Upon John’s sudden passing in 2014, Conor’s aunt Amanda took on John’s share of the herd and together herself and Conor have continued to fly the family flag proudly, achieving considerable success in the process.

“We have about 15 cows at the minute, as well as calves and heifers,” Conor said.

His parents, Martina and Derek, now focus their farming efforts on commercial stock.

“I grew up on a farm. My father has commercial cattle at the minute, but my parents and I also have a Pedigree Shorthorn and an Angus. They have had good success with their Shorthorn.”

Conor quickly became obsessed with the culture of the show scene and he was quick to taste his first piece of success, the Derek Rothwell Champion Young Stockperson of the Year at the Tinaheely show in 2012 .

“I started off with my grandfather and once I started I couldn’t get out of it,” Conor laughed.

Conor then progressed to win the All-Ireland young stock person of the year and many other awards throughout the country. It was upon the family’s reintroduction to Pedigree Angus, that he first went for the Youth Development programme and in his maiden year, he stormed to victory in the junior section, before taking the Intermediate title the following year.

This year, he will compete in the senior section, though not before taking care of the Leaving Cert first. He remains tight-lipped, however, over what stock will make the cut this year.

“We did eight or nine shows last year and we were lucky enough to nearly come out with champions from them all.

“There definitely will be something to show this year, There is a good batch of yearling heifers coming through and we have some calves born recently as well. We are just not sure which we are going to enter yet.”

Conor’s career has seen him take home many awards, such as his most recent wins at the Tullamore show in 2018 - the Junior Cow/Senior in-calf heifer, the Reserve champion and the highlight of his career, the Overall reserve champion in the senior section. Millbawn Aurora also won junior and reserve overall champion at the Aberdeen Angus All Ireland in Mohill last year.

In terms of the future, Conor aims to replicate the success achieved so far in his career and continue making his grandfather proud.

“We plan to build the herd up in the years to come, try to breed our own heifers, continue to breed off them and try to produce as good quality Angus as we can.

“Myself and my family have gained plenty of friends coming from the show circuit. Only for the shows, you would never get to meet these people,” he added.

To put it simply, Conor loves nothing more than showing cattle and you may just have to wrestle the show coat from his hands to keep him away.

“I just love cattle. It is a good life. I know there are long days and early starts, but you get the rewards from getting on well at the shows and sales. It makes it all worth it.”