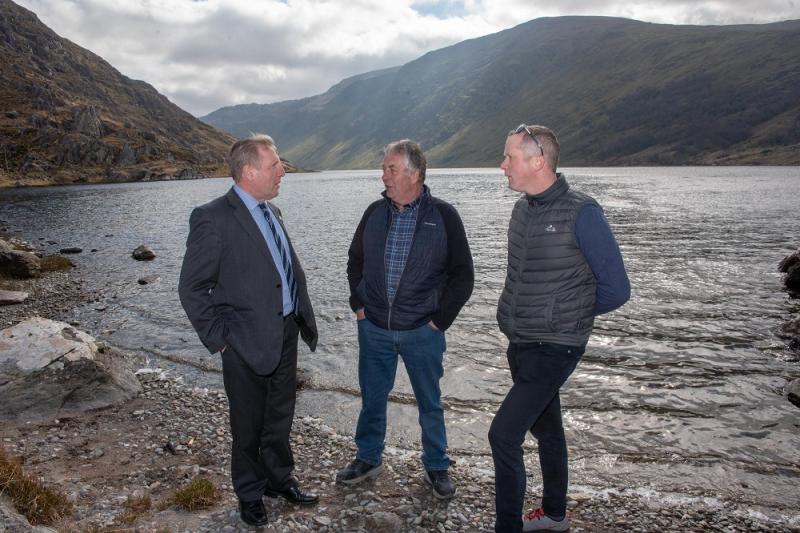 The scheme was launched in an effort to conserve the critically endangered freshwater pearl mussels.

The Minister for Agriculture, Food and the Marine, Michael Creed T.D., today launched a new €10m scheme to fund the conservation of the native freshwater pearl mussel. The launch took place in Ardgroom, Co. Cork and is the latest in series of EIP/locally-led environmental schemes funded by the Department of Agriculture, Food and the Marine (DAFM) under Ireland’s Rural Development Programme (RDP) 2014-2020. In total, DAFM Ireland has committed €59 million to these schemes over the lifetime of the RDP.

The Freshwater Pearl Mussel is an endangered species which is found in near-pristine freshwater habitats.  They are Ireland’s longest living animal, living for up to 140 years, they are filter feeders and can help to maintain and improve water quality.  European populations have declined by 90% over the past century and face extinction unless action is taken. This Programme seeks to address the key pressures on the mussel by using a results based approach on farms within the eight SPA catchments.

Speaking at the launch, Minister Creed said; “This programme is one of our flagship results-based schemes under our RDP which we marked from the start as a key priority. I am delighted that the new programme has now begun and is open for applications by farmers. I am very pleased that we selected a project team of such high quality to deliver this scheme and am impressed by the ambition that is shown. This project has the two-fold benefit of delivering both biodiversity and water quality improvements. Protecting our water quality is at the core of this project and improvements made to water quality will not only benefit the endangered freshwater pearl mussel, but will benefit the wider environment for generations to come.”

This new locally-led programme brings farmers, farm advisors, scientists and researchers together to deliver a targeted landscape level intervention which places the farmer at the heart of the process.  Farmer consultation was a key element of the development process for the programme and the opinions and feedback collected from hundreds of farmers were incorporated into the final design.

The Project Manager, Patrick Crushell says that; “The management of farmland has a direct influence on water quality and priority is creating high quality farmland habitats that work for the farmers and deliver real socio-economic benefits to the areas concerned.  We are honoured to be chosen to deliver this programme by the Department of Agriculture, Food and the Marine and expect to deliver a scheme using the €10 million funding in a way that makes a real difference in these special places.”

Concluding the Minister said; “The farming community is of course central to the success of this scheme. They are the primary custodians of our rural environment. I encourage them and the wider community in all eight catchments, to play a role and be aware of how their actions can contribute to improving water quality. What is learned here will be shared, through the EIP network, with similar communities throughout Ireland and will help to improve water quality in other sensitive catchments.”