Celebrities to try their hand at ploughing in Granard 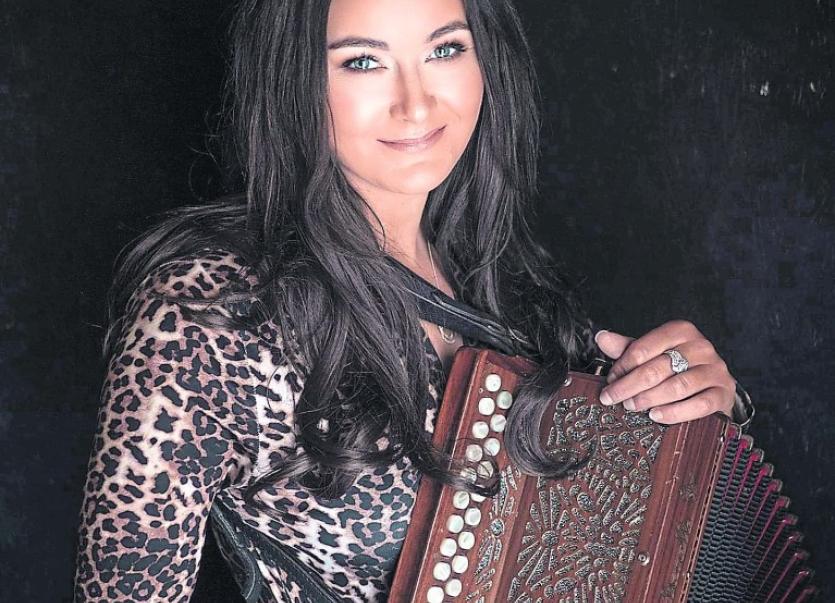 Olivia Douglas, winner of Glor Tíre, is set to take part in the celebrity ploughing in Granard

The Longford ploughing might be best known for the agricultural activities taking place, though this year there will also be something for music enthusiasts to look forward to, with two stellar guests lined up to try their hand at the plough as part of the celebrity ploughing.

The first of which is Olivia Douglas. It has been three years since the captivating voice of Olivia won her national attention as part of TG4’s Glor Tíre.

Today the County Offaly star is one of the most sought after performers on the country music circuit and she will be one of the stars attending this year’s ploughing championships in Granard, Sunday March 24.

The other celebrity who has confirmed his participation in Granard this year, is rising Inishowen singer Keelan Arbuckle.
Keelan has already banked a 'Number One' in the Irish Country charts, with a song dedicated to the legendary singer, Big Tom McBride.

At just seventeen years of age, the Donegal star has already received a Gold Disc for his success with When Big Tom Sang Gentle Mother. The song was originally written for Big Tom himself, by Margo and Joe McShane.

Together, Olivia and Keelan will compete in the celebrity ploughing at this year’s ploughing championships, following in the footsteps of an endless list of ploughing bootcamp stars over the years. This includes familiar names such as Cliona Hagan, Aidan Quinn, T.R Dallas , Mick Flavin , Nathan Carter and Declan Nerney.

Both Keelan and Olivia will then join The Ramblers' Sarah Haughey, Erin & Grace Ross and the John Dungan Ceoltoiri, on stage as part of an exciting lineup of afternoon entertainment. With a bespoke outdoor dance-floor set to appear for the day and many local families appearing on stage, a carnival-like atmosphere is in store.

The dance floor will most definitely be well tested when the John Dungan Comhaltas Ceoltoiri Group arrive on stage.
For real 'live' reality entertainment, Celebrity Ploughing has hit the spot over many decades. Last year saw Ciaran Rosney and Longford author John Connell pilot John Harte's 1979 Ford County 1474 with a 6 furrow Overum wagon plough at the business end. With four big wheels, six big scrapes and 150HP in the pipe, sods flipped over at amazing speed as John Harte read the pacenotes.

It should be some sight to see both Olivia and Keelan learn to plough with a tractor, get behind a pair of horses to turn the sod and dig with the Loy. It promises to be entertaining for people of all ages, with some light-hearted banter along the way.

Whatever your walk of life, ‘Welcome to Granard’ and embrace the Spring fresh air for one big day on the farm, courtesy of landowners Patrick Durkin and Sean Donohoe .