Longford Ploughing Association welcome back people of the plough to Granard 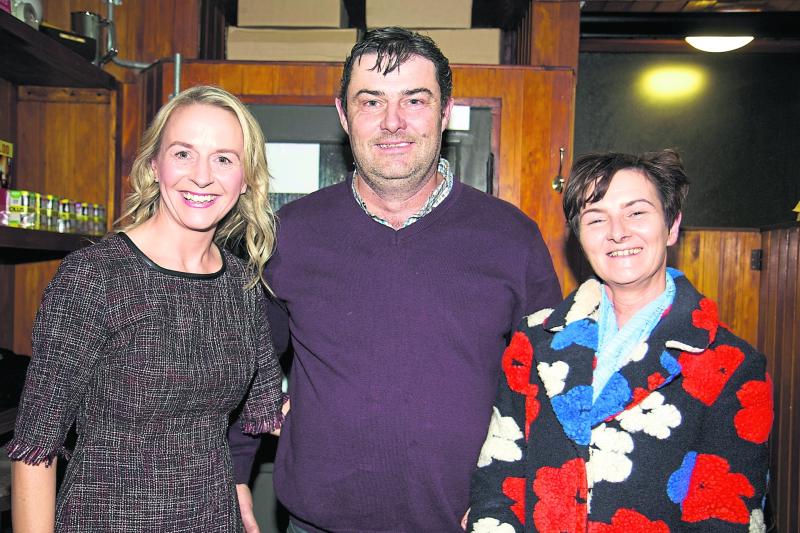 The 85th annual Ploughing championships will take place in Granard, Sunday, March 24 and the chair of the Longford Ploughing Association and chair of the LPA, Cynthia Geelan Cruise, spoke of her delight at the support received from locals.

“I must say I am absolutely delighted with the support from the Granard people,” said Cynthia at the recent launch of the championships.

There will be horse ploughing at this year’s event in Rathcronan, as well as Vintage ploughing, a class for all Macra members, Friends of Fergusons, for all the Ferguson tractor enthusiasts, and much more.

The senior open this year is sponsored by Granard Farmer’s Mart, with an opportunity to plough alongside three-time all-Ireland winning ploughman, Anthony Reynolds, who took the Intermediate title in 2017.

The farmerette class, which is sponsored by Charlie Burns, Carton Rurual Consultants, is taking place for the 58th time in Ireland. The reigning champion is Eimear Monaghan from Edgeworthstown , who took the silver medal in Screggan last September. The winner of the Farmerette class will receive the Longford Ploughing Association Tiara and Sash specially handcrafted by Edre Mills. Crowning the Queen of the Plough is on Saturday April 6 in Creegan’s, Bunlahy. Night Fever will perform and tickets at €10 are available from members.

Other key events to look out for at this years event includes Dinky Diggers, Farmer Chris and his mobile farm, Facepainting, a Food Fair, a vintage car display, a farmer who has trained a dog to herd geese, a dog show, jiving classes and much more.

Competitors will be fed on the morning courtesy of Pat the Baker and Kiernan Milling, whilst dinner will be provided for competitors and those helping out at Granard Farmer’s Mart later that day.

There will also be awards on the day for the best dressed attendees, sponsored by McEvoy's chemist.