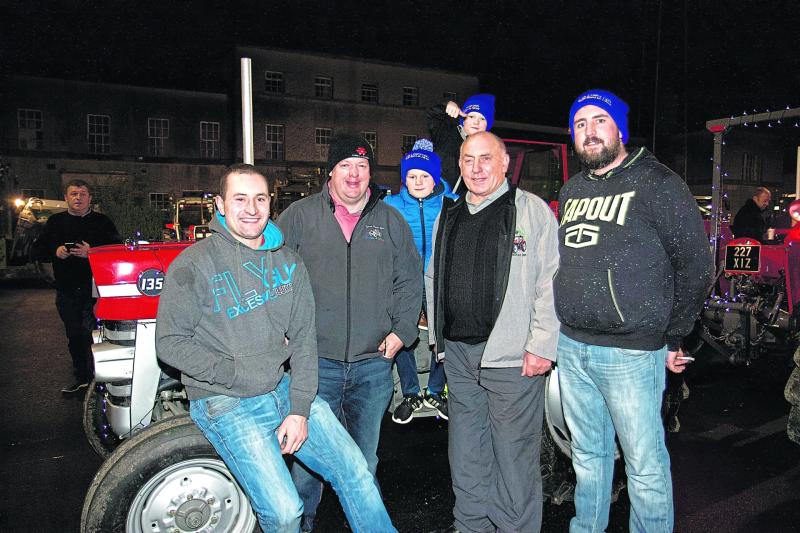 Longford Macra na Feirme held a very special and successful tractor run - the proceeds of which will go to charity - last weekend.

PRO, Diarmaid Waldron said the organisation would like to thank everyone who supported and took part in the event and pointed to the “massive success” that it was.

“Thanks to the Longford Gardaí for assisting our run and to Longford Vintage Club for the use of their premises in Connolly Army Barracks,” he added.

“We want to thank too the Dublin2Mayo Charity Tractor Run crew for coming up from Mayo and the lads that drove from Kinnegad, Mullingar, Roscommon and Leitrim.”

Mr Waldron went on to say that the organisation also appreciated the efforts of Martin Coleman and Lalin Swaris in relation to photographs and he paid tribute to all marshalls whom he added, “Without ye all it wouldn’t have been possible”.

Meanwhile, the local Macra club is holding a county meeting on November 30 next in the Longford Arms Hotel at 9pm. Everyone is welcome to come along.

If you are between 17-35 years there are four very active clubs in Longford including Cairnhill Macra in Drumlish, Lanesboro Macra, Granard Macra and South Longford Macra in Legan.