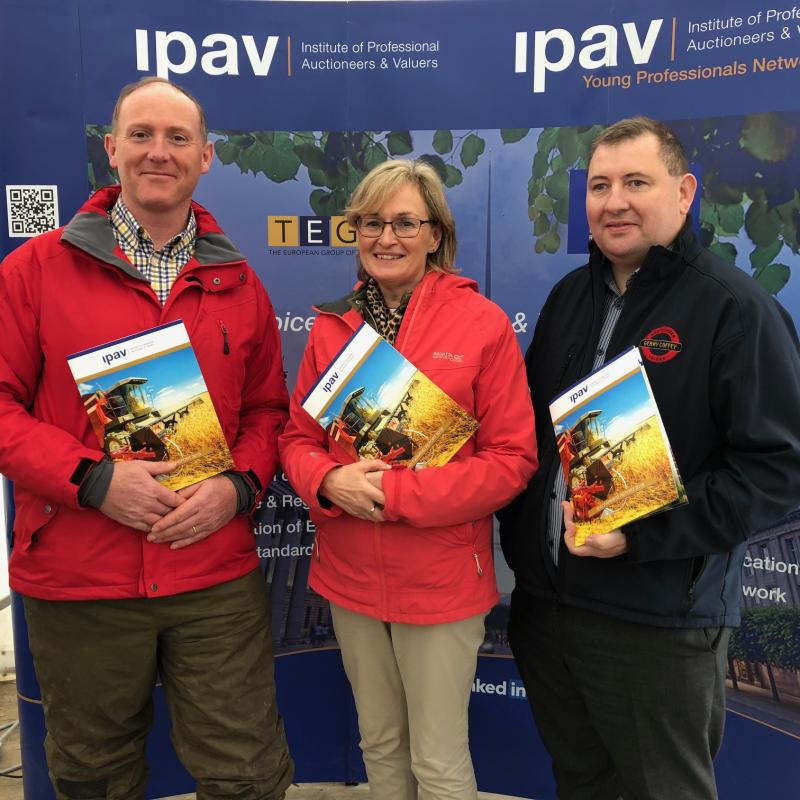 While house price inflation continues agricultural land prices overall in the last 12 months remained steady but the range of prices achieved for land is extensive and very much subject to location and quality - from €4,000 per acre for marginal lands to €15,000 for smaller plots in commuter belt areas. Average prices being achieved are in the €9-9,500 per acre bracket.

These are the key findings emerging from the latest farming report from IPAV, the Institute of Professional Auctioneers & Valuers, and launched at the Ploughing Championships on Thursday by Mairead McGuinness MEP and first Vice-President of the European Parliament.

This current period of stability in land prices was preceded by downward pressure on values in 2016 (-3pc), followed by a general stagnation in 2017 (+1pc).

One of the key factors affecting sentiment and confidence in 2018 to date has been the inclement weather, the report says.  Following three years of good growth with typical weather patterns, matters became challenging in 2017 with extensive flooding followed by snow in late February 2018, and an extensive period of drought in June 2018 and the first half of July.

Moisture levels on a national level were down 15pc on average in 2018, with some areas in the south & south east reduced as much as 40pc. This lack of growth in the summer months in turn, has had a significant knock-on effect on the volume of the harvest to date, with the worst affected areas experiencing falls in yield of up 35pc, the report says.

Launching the IPAV Farming Report 2018 MEP McGuinness said when it came to the 2017-2018 period Irish farming, while not alone among its European neighbours, has experienced an unprecedented set of challenges that demand both short and long-term interventions.

“Among the immediate challenges are the supply of winter fodder and its associated input costs. It marks a double whammy when yields are down and input costs are, as a consequence, significantly up,” she said.

“At European policy level securing the Common Agricultural Policy Budget against the regular challenge from competing interests has become ever more intense arising from Brexit,” she said adding that the climate change agenda needs “greater buy-in to ensure  the sustainability of the agriculture and food production system as we know it.”

Pat Davitt Chief Executive of IPAV said land value is often a key indicator to the sentiment or health of the prevailing agricultural sector.

“As if the severe drought has not been enough of a challenge the uncertainty and worry that Brexit brings is being felt, and  particularly so along the border counties where  sales activity and investment has slowed considerably,” he said.

Tom Crosse Chairman of IPAV’s Agricultural Committee said sales activity has picked up following this year’s drought. “It remains to be seen if the recent pick up in the supply of quality lands coming on the market will be sustained,” he said.

IPAV today reiterated its call for the Government to reduce Stamp Duty on farm and land sales from 6pc to 4pc, and that the 2pc rate for those wishing to buy one-off sites for family homes would be restored.