All eyes on return of Granard Show this weekend 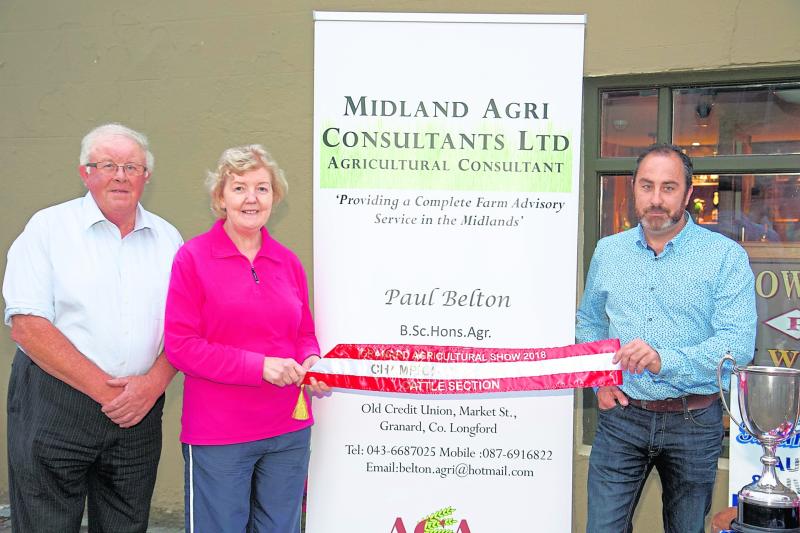 Excitement is building in Granard this week as the committee and local community gear up for the 66th annual Granard Agricultural Show.

And there's double the thrill this year as, for the first time in a long number of years, the show will stretch out over two days on Saturday and Sunday, July 21 and 22, providing double the fun for spectators.

“We’re having a showjumping day on the Sunday, which has returned after many years with a six bar competition, which is the highlight of our show.”

And, he added, it's taken a lot of hard work, commitment and dedication from the committee to organise the two day event.

“It’s been a hard year. We’ve really tried hard to raise sponsorship. It’s all down to the people of the town, really. We’ve been very well supported and hopefully it’ll be a good day for all.”

Secretary Hazel McVeigh is particularly looking forward to the Sunday as she herself has been exhibiting horses at the Granard Show for many years.

“We’re glad to see the show jumping back after a long number of years without it,” she told the Leader last week.

“So we’re hoping it’s going to be a huge success. We’ve had great response to it and everybody within the area has come on board to offer great sponsorship for the classes.

“There’s huge money on offer. There’s €1,400 in the prize fund and the highlight of Sunday’s event will be the return of the six bar competition. Winner takes all and the prize there is €500 and that’s kindly sponsored by Safeway Scaffolding.”

As the new Secretary, and a horse-enthusiast herself, Hazel was very eager to get the show jumping back on the schedule.

“The return of the jumping is a huge thing for us this year,” said the Ballinalee native.

“The last number of years, it’s just been the one day - the agricultural show. But this year, some new members joined our committee, so it was decided that we would try and see could we return the showjumping to Granard.”

And, with a range of activities planned for day two, it's looking like Sunday will be just as fun-filled as Saturday.